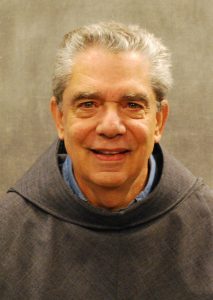 On Thursday, March 31, Fredy Avalos was released from the youth detention center where he had been held for the past year, and became the newest member of the Posada’s household. 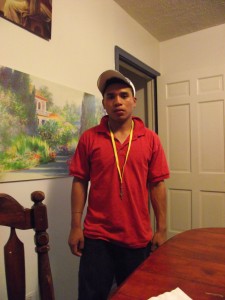 Fredy had left his home in Copán Ruinas, Honduras a year earlier, just five days before his seventeenth birthday. When I asked him what prompted him to leave, he told me that he wanted to help his brothers and sisters (Fredy is the second of five children).

As we spoke, he told me that his parents separated ten years ago. His mother left with another man, taking his one-year old brother with her, leaving his father with the responsibility of caring for four young children. Feeling overwhelmed, his dad left the children with his parents, who were also struggling to make ends meet.

Given the hopelessness of this situation and not seeing any opportunity for a better life, Fredy decided to take his chances and head north. With 500 Guatemalan Quetzales in his pocket ($65.00) he left home, crossed Guatemala in three days and arrived at the Mexico-Guatemala border. This part was not difficult, since Central Americans have free movement within a four-country territory: Guatemala, Honduras, El Salvador and Nicaragua. Getting into Mexico was a little harder. The group he was with slipped past the border guards at night and got into a couple taxis that were waiting about a half mile down the road. This was prearranged by the coyote, the smuggler in charge of getting them north.

Unlike most, Fredy’s journey across Mexico was relatively uneventful, but it cost him $6,000, which he still owes his uncle, who came through with the money. Being one of the lucky ones who found a decent coyote, Fredy made it to Reynosa, across from McAllen, Texas, in just eight days. In Reynosa, he was held in a house for two weeks, with about thirty other people, all waiting to cross to the US side. One evening, a couple of cars stopped in front of the house and fifteen armed men got out, broke down the door and proceeded to beat and terrorize those waiting to cross the river into the United States. Fredy relates that one of the men put his foot on the back of his neck while another beat and kicked him. Fortunately, as quickly as the men broke in they left, without killing or kidnapping anyone.

Just a few days after this horrifying event, Fredy crossed the US border, but was soon apprehended by Border Patrol agents. Given his age, he was held in a detention center for unaccompanied minors, until he turned eighteen.

Fredy is one of thousands who leave Honduras every month. According to the Honduran government, 60,000 people leave the country each year hoping to reach the United States. Unlike the common belief, these youth are neither violent nor criminals. While it is true that most have hopes of making money to send back home, the search for money is not the only reason they come. Many come because they want to escape the violence in their home country.

In our ministry at Posada Guadalupe we have seen a change in the type of person who is trying to get into our country. It used to be men in their twenties, thirties or older, who would come with the intention of staying a year or so, and then go back home. But now, we are seeing more and more youth, some as young as twelve, who, due to violence and a sense of hopelessness, decide to take their chances of getting safely into the United States. For so many of them, things at home are so bad, they have nothing to lose, and, who knows, maybe they will be among the lucky ones.