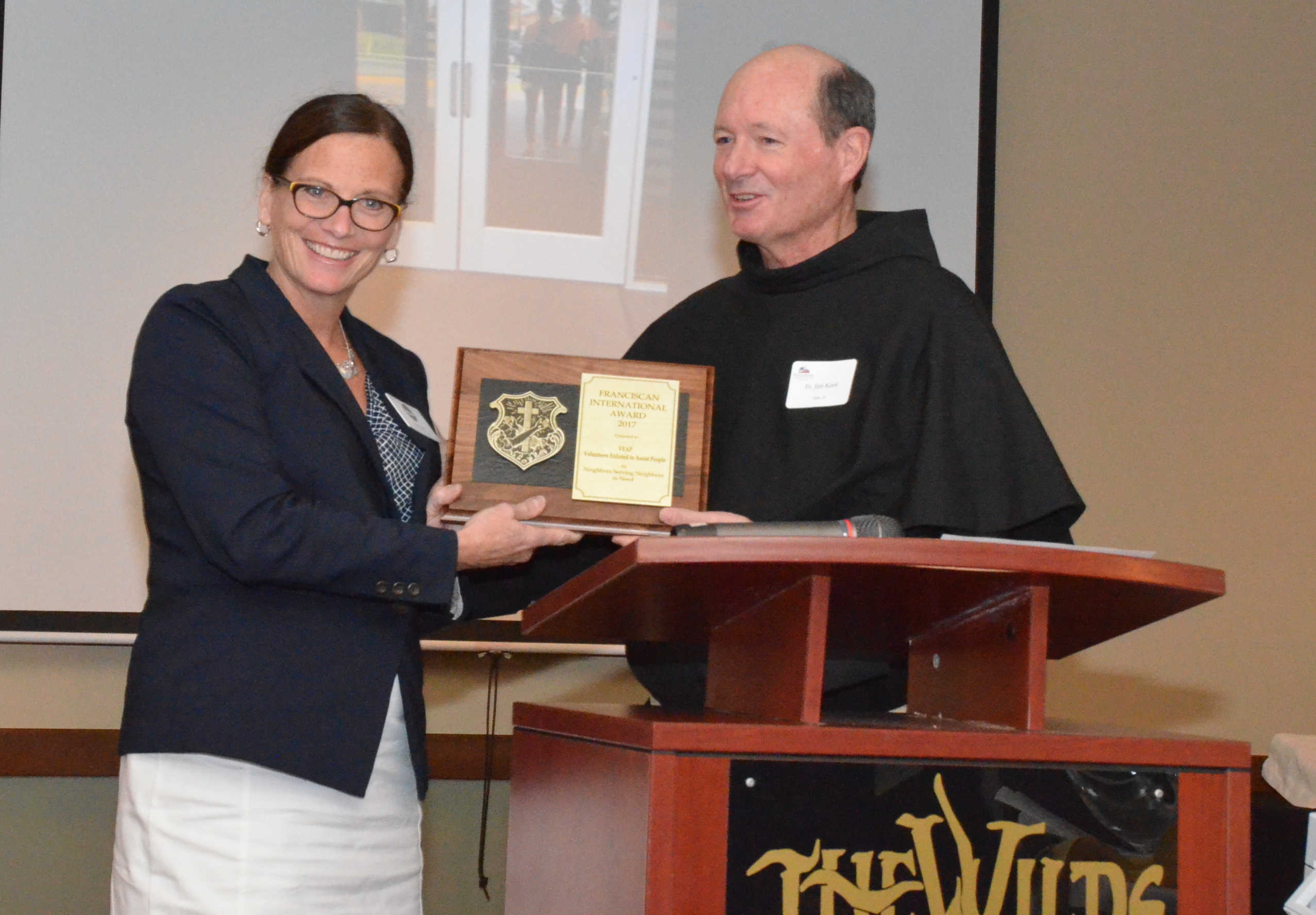 With 246 friends, retreatants and supporters of Franciscan Retreats and Spirituality Center present, the 2017 Franciscan International Award was presented to VEAP (Volunteers Enlisted to Assist People) on May 11. Lisa Horn, CEO of VEAP, accepted the award on behalf of the board, staff and 3100 volunteers of VEAP, some of whom were present.

VEAP, headquartered in Bloomington, not far from St. Bonaventure parish, serves people in Bloomington, Richfield, Edina, and part of south Minneapolis. VEAP began in the early 1970s when several Richfield and Bloomington churches pooled their resources to assist people in need with food or money to pay utility bills or rent. VEAP has expanded its services to provide rides to medical appointments for those in need, as well as social services to the working poor, senior citizens and the disabled. VEAP also operates the largest food pantry in the state of Minnesota which distributes 3.5 million pounds of food annually, and over 50% of that food is fresh produce. VEAP also provides rides from the food pantry to the homes of clients. VEAP leases a portion of its building to Hennepin County Human Services; this allows VEAP clients the opportunity to take advantage of government programs without having to waste time driving to a distant location.

In her acceptance speech, Lisa gave an overview of VEAP’s programs which serve some of the most vulnerable groups in our society. She closed her remarks with a quote from St. Francis: "Each one should confidently make known his need to the other, so that he might find what he needs and minister to him. And each one should love and care for his brother in all those things in which God will give him grace, as a mother loves and cares for her son."

(Banner photo with this story: Fr. Richard Kaley with VEAP staff - Fr. Richard nominated VEAP for the award and many of his parishioners are VEAP volunteers.)