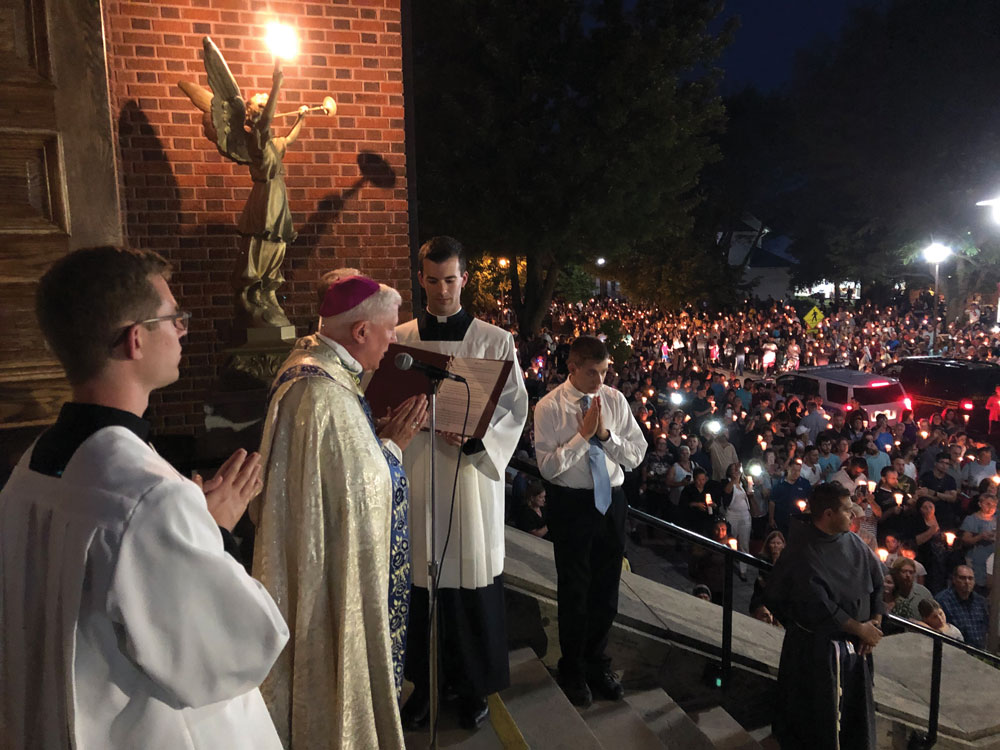 Pilgrims create a “sea of candles” in Carey, OH for the Procession of Our Lady, the night before the 2019 Feast of the Assumption.

Having spent over ten years of my religious life as the pilgrimage director at the Basilica and National Shrine of Our Lady of Consolation, in Carey, Ohio, I encountered faith-filled pilgrims from all over the world. I heard countless stories from pilgrims about how God had touched their lives through the intercession of Our Lady of Consolation. One story that sticks in my mind is a young girl that came to the Shrine because she was having problems with her eyesight. The doctors had diagnosed her with macular degeneration of the eyes. They told her that she would eventually lose her sight and go blind. The young girl heard about the Shrine of Our Lady and asked her parents to take her there to light a candle to pray and ask God to heal her eyes. Some weeks later, she had a doctor’s appointment, and the doctor told her that there was no sign of the disease in her eyes. She told the doctor and her parents that it was through Mary’s powerful intercession that she was healed. She came back to the Shrine a short time later and asked if she could put her old glasses in the miracle case where hundreds of items are placed by people who were healed by Jesus through Mary’s intercession.

It is beautiful to experience a miracle firsthand personally and to know that people are still getting healed at the Shrine. Pilgrims are still finding Peace, Comfort, Healing, and Consolation at the Shrine. I always tell pilgrims, if everyone who has been touched by Jesus at the Shrine of Our Lady of Consolation wrote a page of their experiences over these past 100 years, we would have a book without end.

“Healing in His Wings”