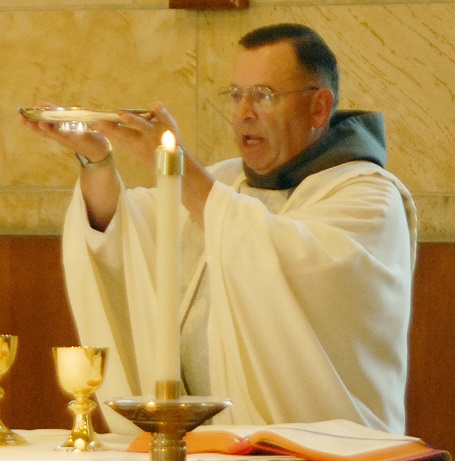 A Mind for Management, But a Pastor at Heart 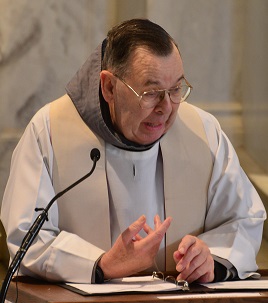 Friar Regis Schlagheck OFM Conv. found his greatest joy in pastoral service, even though he had a talent for management and was often called upon to serve in Province administration.

“He had a great sense of humor and could tell a great story,” said a fellow Friar. “He also had a great mind for facts and figures and was very conscientious in his service to the community.”

Fr. Regis passed away on December 25, 2018, at Mount St. Francis, Indiana. He was born Thomas James to Howard Charles and Marie Annette (Walter) Schlagheck on March 23, 1939, in Toledo, Ohio. He was predeceased by his parents, his brothers Gerald, Richard, and Francis, and his sisters Jeanne Horen and Rita Baur. He is survived by his brothers Paul, William, and Raymond, his sister Genny, and 25 nieces and nephews. 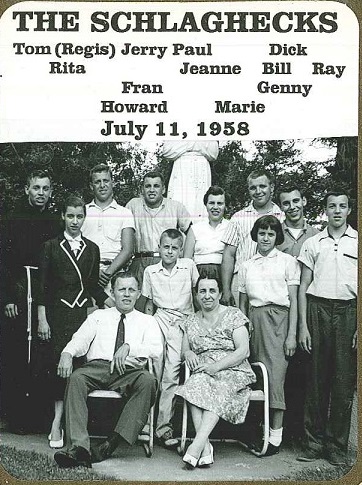 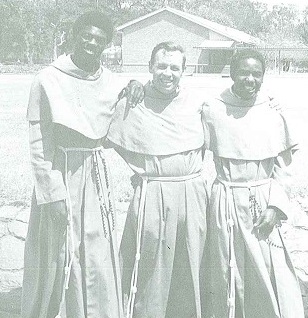 After four years of pastoral ministry and after earning a Master’s Degree in Mathematics at the University of Notre Dame, Fr. Regis was sent to Zambia where he lived until 1984. During those years, in addition to pastoral ministry, he served three terms as Custos (leader of the Conventual Franciscan community) and worked in the formation of young men who joined the Order in Zambia.

On returning to the US, Fr. Regis continued to serve in administrative capacities as Province Treasurer and in the formation of new Friars, as well as in pastoral ministry in: Bloomington, Minnesota; Lorain, Ohio; Clarksville, Indiana; and Carlsbad, New Mexico. He also served for a time as Rector of the Basilica and National Shrine of Our Lady of Consolation in Carey, Ohio. Though ‘officially’ retired, Fr. Regis served another term as Treasurer after returning to Mount St. Francis in 2014.

Fr. Regis was very dedicated to his family. His mother died while he was in Zambia, and his father came to join him, living there for five years. Fr. Regis’ sister Rita also lived in Zambia for three of those years. He carried on a long-distance chess match with his brother Paul, each of them mailing moves to the other over the course of the year. The Schlagheck family helped support the construction of St. Jovita’s Church in Zambia, named after their mother’s favorite saint.

“He had a signature smile,” Paul said. “That was his character, all the time. He always tried to be with the family for weddings and christenings. He loved sports, both to watch and to play. When he would vacation with us (in Florida) we would golf two or three times a week.”