We are the Conventual Franciscan Friars of Our Lady of Consolation Province. Our home base is in southern Indiana, at Mount St. Francis just across the river from  Louisville, Kentucky.

Our Friars serve across the United States from Ohio all the way to western Texas and New Mexico. We work in parishes and as chaplains in hospitals, nursing homes, and prisons. We teach at universities and preach missions and retreats. We celebrate Mass and the sacraments with those who don't speak English. We serve the poor and those with nowhere else to go.

We welcome you to learn more about us. Please click here to meet the Friars.

What does it mean when someone has the initials "OFM, Conv." after his name?

The Order of Friars Minor, Conventual, is one of the three branches of the “first order” of the Franciscan family founded by St. Francis of Assisi in the early 13th century. You may also have seen the initials OFM (also 13th century) and OFM, Cap (16th century). Those are designations of the other two.

While we share many things in common – our vows, lives of service, our commitment to the poor – we are distinct in significant ways.

The Conventual followers of Francis chose to minister in the heart of the city rather than in remote hermitages; they banded together in concentrated communities rather than wandering as itinerant preachers. Hence the suffix, Conventual, as derived from the Latin convenire, “to come together.” 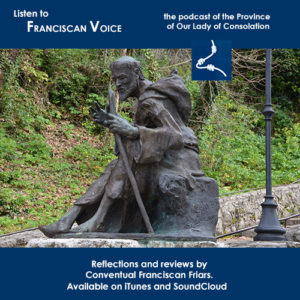