…living the Gospel Life embraced by St. Francis of Assisi

After the Lord gave me some brothers, no one showed me what I had to do, but the Most High Himself revealed to me that I should live according to the pattern of the Holy Gospel.

These words, taken from the Testament St. Francis wrote shortly before his death in 1226, highlight the humility and the audacity at the root of his chosen way of life.

Following strictly the command to live the Gospel of Jesus Christ, he and his first brothers placed their complete trust in the Lord. God in His Providence would then give them everything else they needed.

This radical adherence by a few men in central Italy to the simple, yet forceful commands of the Gospel attracted hundreds, then thousands of followers in a few short years. Then it changed the Church and the world.

For more than 800 years the followers of Francis have struggled to embrace this challenge in the midst of change. From the Middle Ages, through the Renaissance and the Enlightenment and the Industrial Revolution, into the 20th Century and the fast-paced times we live in now, Friars have adapted to various climates (physical, political, and cultural) in every part of the world. But the Franciscan message itself has never changed.

We are Conventual Franciscan Friars and trace our heritage to the first formal structure of the Order. While there are many branches flowing from that initial spiritual spring in Assisi, we all claim that single source – the little poor man of Assisi.

But our branch, the Conventual Friars of the Franciscan family, chose to minister in and around the larger towns, rather than in the more remote villages. From the beginning we banded together in concentrated communities, rather than living in hermitages. That is why we attach to our names the suffix Conventual, which derives from the Latin convenire, “to come together.”

Today, we Conventual Friars continue to live in “conventos” or friaries, as they have been more commonly known in the United States. Our community of more than 4000 Friars covers the world, divided into Provinces such as ours – The Province of Our Lady of Consolation. 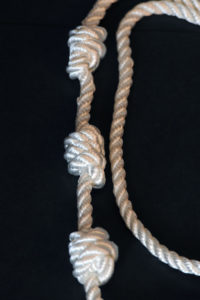 We wear a black or gray habit, as distinct from the brown one typically worn by other Franciscan communities, with a simple cord tied into three knots, representing our Vows of Poverty, Chastity, and Obedience.

And although our Minister General resides at our headquarters in Rome, called the Santi Apostoli, the Basilica of St. Francis in Assisi remains the spiritual center of our Order. An endless line of pilgrims continues to visit the little town, as they have since the time of Francis himself, seeking a deeper connection with the Poverello (little poor man) and his total abandonment to God’s Providence and Will.

We Conventual Friars also serve as confessors at St. Peter’s Basilica in the Vatican, and have responsibility for the Basilica of St. Anthony in Padua, located in northern Italy near Venice.

In all of our ministries, wherever we are found, we follow those first “little brothers,” continuing in Christ’s name His work of healing, teaching, and spreading the Good News of God’s eternal and overwhelming love.