Once again, thousands of pilgrims converged on the Basilica and National Shrine of Our Lady of Consolation in Carey, Ohio, for the annual Novena and pilgrimage. Though the week began with rain, the weather was beautiful Thursday evening for the candlelight procession to Shrine Park for the Vigil Mass for the Feast of the Assumption of Mary into Heaven.

Pilgrims arrived from across the country, but the largest percentage every year are Chaldean Christians, whose roots trace back to the first century in what is present-day Iraq, and several Masses were celebrated in the Chaldean language. This was an especially solemn Novena for the Chaldeans, who are deeply concerned for those suffering religious persecution in Iraq.

Masses for other pilgrims were celebrated in English and Albanian, and there was a Syro-Malabar liturgy celebrated on Thursday evening by Conventual Franciscan Friars from India. 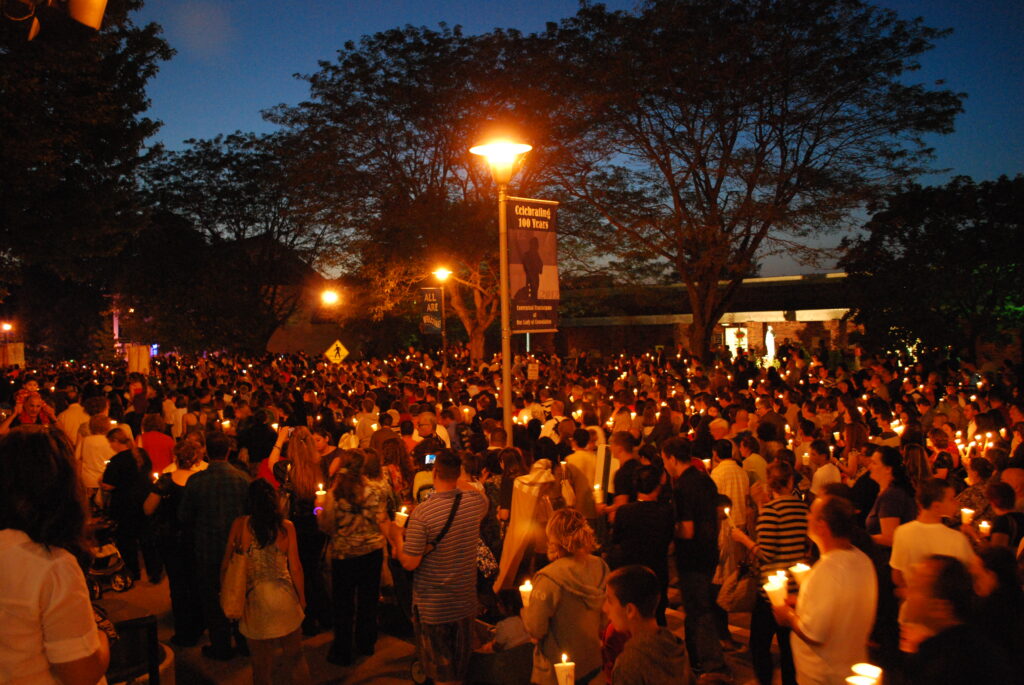 Please plan to join us next August for the pilgrimage and Novena.