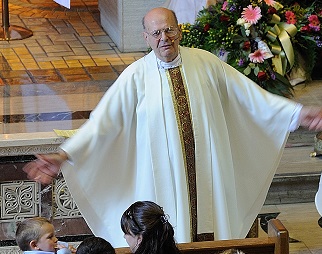 From the kitchen to the choir loft, from welcoming pilgrims as they stepped off the bus to praying with them in the quiet of the church, Fr. Paul Faroh OFM Conv. spent his life filling God’s people with good things. 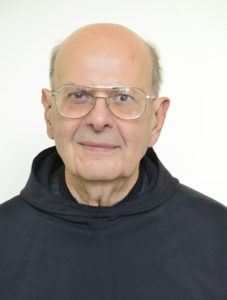 He was predeceased by his parents and his sisters Sultana Toth, Alice Patterson, Henrietta McConnell, Hanna Dager, Josephine Dunnigan, and Lillian Faroh, and his brothers Charles and Francis. He is survived by his brother George. Fr. Paul also had 18 nieces and nephews.

Before joining the Franciscans, Fr. Paul worked with his family as a cook and candy maker. In later years he joked that from the day after he entered the Order in Chaska, Minnesota, he served as a cook, mostly at the Novitiate in Auburn, 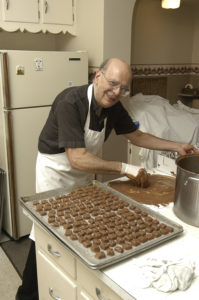 Answering God’s invitation to service as a priest, Fr. Paul spent the next eight years as a student. Following ordination, he served as Pilgrim Director at the Shrine from 1985 to 1992. He served on the Retreat Center staff at Mount St. Francis, Indiana, from 1992 to 1995, and as Pastor at St. Joseph Parish in LaGrange, Indiana, from 1995 to 2004. He was then assigned again to the Shrine where he lived the rest of his life.

“Father Paul spent the first portion of his religious life as a brother, and a great deal of his time as a brother was spent in the kitchen,” said Bishop John Stowe OFM Conv. Before his appointment as Bishop of Lexington, Kentucky, Bishop Stowe was Fr. Paul’s Guardian while serving as the Rector of the Basilica in Carey. 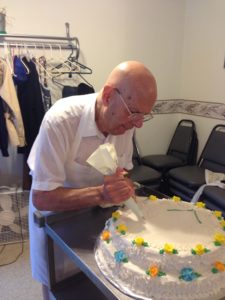 “When he was ordained to the priesthood, Paul's love of food and hospitality became connected to the example of Jesus who frequently taught in the setting of a meal and who left us his ongoing presence in the form of bread and wine,” Bishop Stowe said. “Paul learned from his immigrant parents who instilled their Lebanese values of hospitality, respect, hard work, productivity — and of course, the importance of food. Everywhere he ministered, the production and sale of food became a way that the community could work together for projects and become stronger as a community in the process.”

Fr. Paul’s candy products were always popular items in the Shrine’s Gift Shop. For many years, he and a team of volunteers baked seasonal fruit pies, with orders outnumbering what could be produced. In 2016, Fr. Paul’s pies earned enough to send $50,000 to support Christian refugees in Syria. 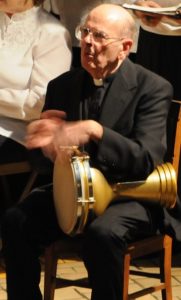 “Paul also had a great love of music, especially opera,” said Bishop Stowe. “He directed the choir in Carey for years and began the ecumenical Christmas concert there. He created so many friends and relationships, in the kitchen, around the table, and at the table of the Lord.”

Memorial gifts may be made by mail to the Province of Our Lady of Consolation, 103 St. Francis Boulevard, Mount St. Francis, Indiana, 47146, or by clicking here. 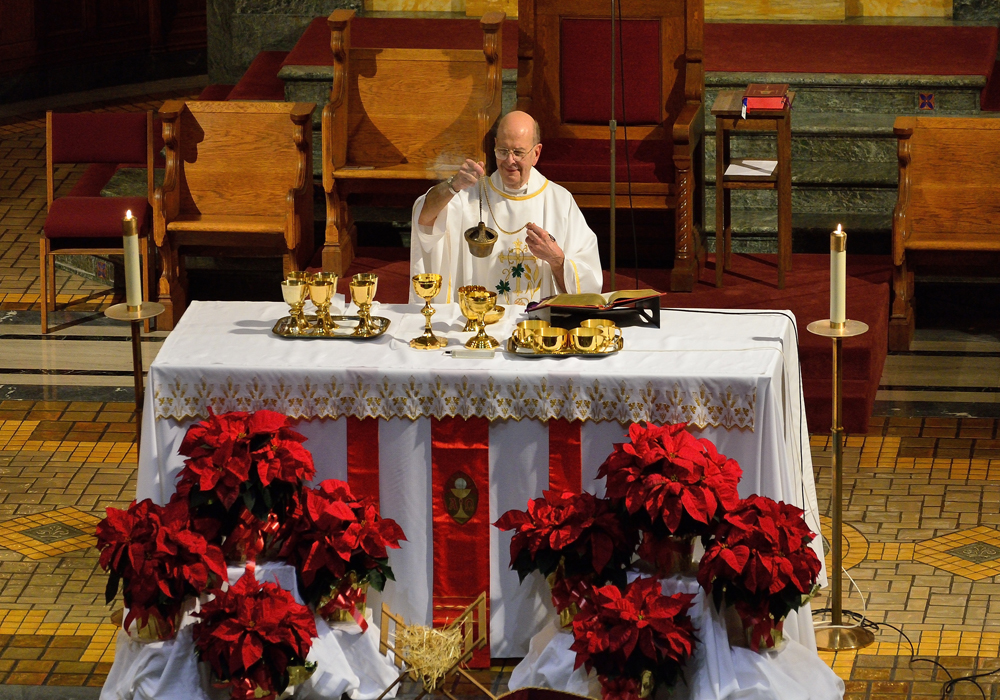