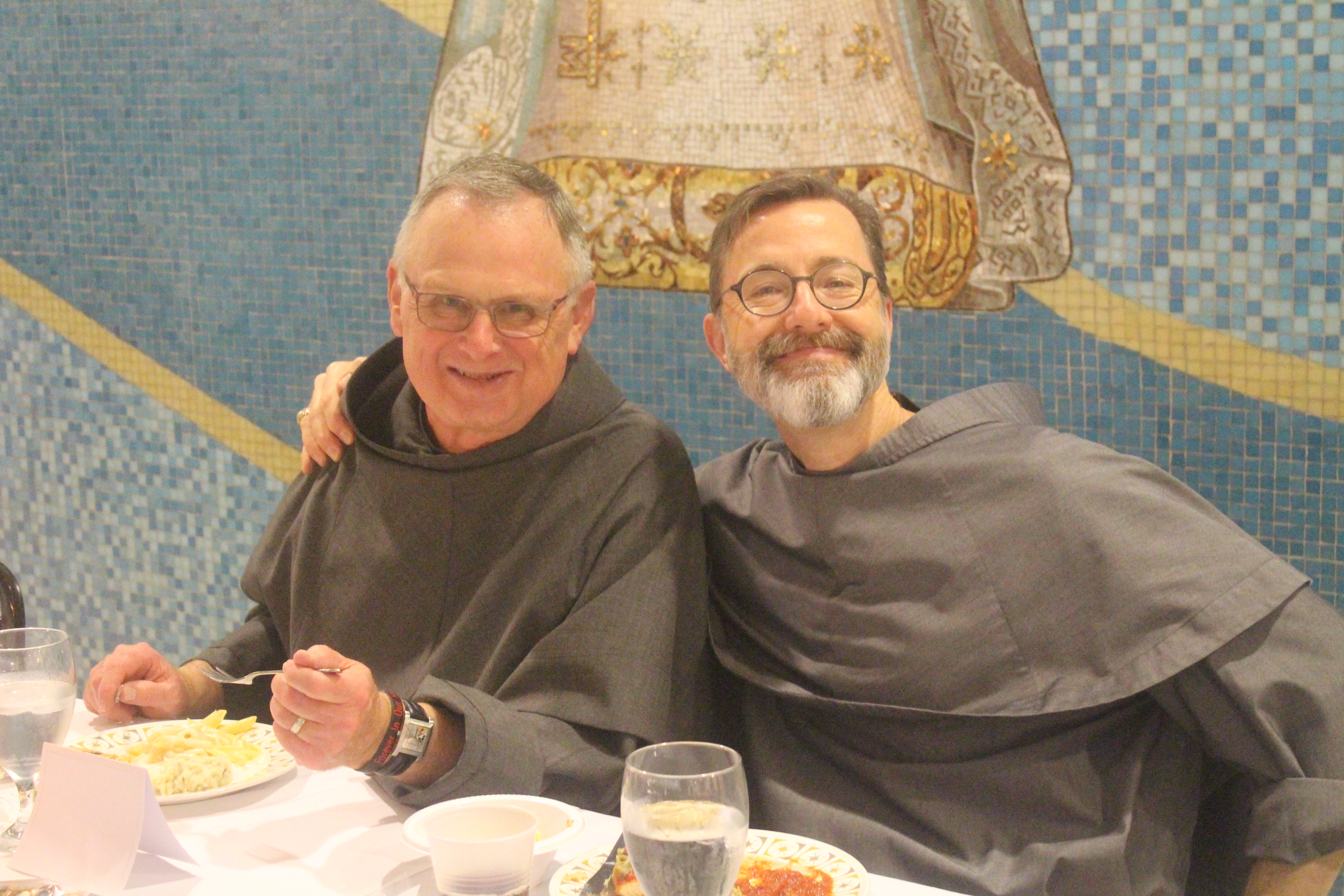 Today we celebrate Religious Brothers Day. But what does that mean?

All Franciscans are friars, from the Italian word for brother. The initials a Franciscan places after his name, OFM, stand for Order of Friars Minor, echoing how St. Francis referred to himself and his followers: minores, or lesser brothers.

Within our extended family of friars, there are men who made the choice to serve as religious brothers, and not to be ordained priests. This puzzles some people. Why go through nearly all the same education and training, and not become a priest?

Before he died Friar Terence Tobin OFM Conv., who served for decades as a priest and missionary in Zambia, answered that question. He said that one day as he was hurrying off to prepare for Mass, he saw a religious brother working on a construction project with a team of local people, laughing and sweating and being with the people.

Two of our Brothers serve as retreat directors; one is a canon lawyer working for an Archdiocese; another works in campus ministry; one is a professor of nursing; one is assigned to live and work in Assisi, welcoming English-speaking pilgrims (while improving his Italian).

We thank God for the gifts bestowed on our brothers, and thank them for the way they use those gifts to bring people closer to God.