This past Christmas I was invited by an OFM friend of mine, Ponchie Vasquez of the Santa Barbara Province to come help them with Christmas liturgies at the San Solano Missions to the Tohono O'odham Nation outside of Tucson, AZ. Unlike many other Native Americans who were relocated by the United States to reservations far away from their homelands, the O'odham have always lived here in the Sonoran Desert, although the reservation is significantly smaller than their original territory.

The reservation is about the size of Connecticut and has 40 villages, each with it's own chapel. With only two priest-friars assigned there, you can understand why Ponchie wanted help! Also unlike many other Native American nations, they are very private and their traditional celebrations are not open to outsiders. They are predominantly Catholic (they were first proselytized by Jesuit missionaries in the 1600's, followed by the Francisans a century later), with some Protestants, and some who either completely or in part practice their native religion. It was an amazing experience, that I hope to repeat. 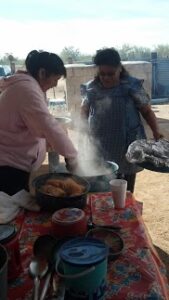 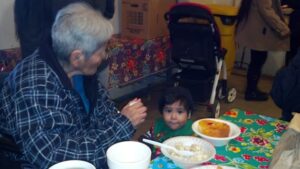