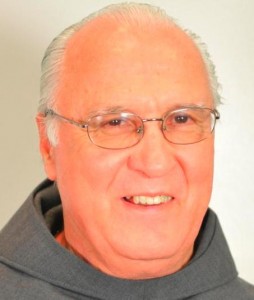 A caring pastor, devoted missionary, and skilled administrator, Friar Larry Mattingly, OFM Conv., used the gifts and grace God gave him to make an impact on the Conventual Franciscan Order and the Province of Our Lady of Consolation.

But his one true commitment was to follow Jesus and St. Francis of Assisi in love for the poor.

“He had a heart for the poor,” said his sister Carolyn Green. “He touched all of us with that. He was the head of the Province when he was only 34. But when he went to Central America, that’s where he met his true calling.

“He always wanted to be a missionary. He loved the people there. They were like a gift to him. And when he came back to the US, he kept serving in parishes where they needed him – he was fluent in Spanish.

He is predeceased by his parents, his sister Jean (Mills), and his brothers George, William (Snooter), Austin, Joe B., and Jimmy Lewis. He is survived by his sisters Elizabeth (Sis Bradshaw), Ruth Ann Mattingly, and Carolyn Green. 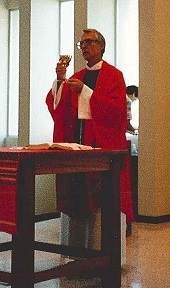 Fr. Larry was elected Provincial at age 34, and his 10 years of service (from 1972-82) occurred during times of great change in the Church and the Order. He led the Province with dedication, vision, and compassion. In addition to his service to the poor in Central America, he used his administrative skills to help guide the Friars there during a period of growth.

Fr. Larry served as a pastor in Austin and San Antonio, Texas, and most recently at Our Lady of the Valley and Our Lady of Mt. Carmel in El Paso, Texas. He continued to be a positive influence on the lives of the OLC Friars.

The Mass of Resurrection was held Saturday, January 17 at Our Lady of Mt. Carmel - you can view the video by clicking here. The Mass of Christian Burial was held in the Chapel at Mount St. Francis, Indiana, on Tuesday, January 20 at 11 am followed by interment in the Friars’ cemetery.

Memorial gifts may be made to the Province of Our Lady of Consolation, Development Office, 103 St. Francis Blvd., Mount St. Francis, Indiana, 47146 or by clicking here.