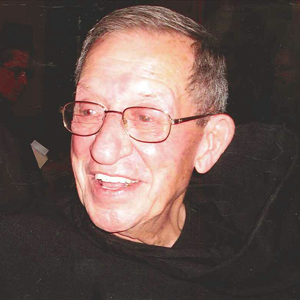 Fr. Sebastian died August 12, 2014 in Las Cruces, New Mexico. Born Joseph Carl Cunningham in Chenault, Kentucky, on September 17, 1923, to Henry Lee and Theresa (Yates) Cunningham, Fr. Sebastian professed Simple Vows on December 8, 1953, and Solemn Vows on December 26, 1956. He was ordained a priest on February 21, 1960. He is survived by his sisters Mary Lou Greaves and Doris Jean Manning, and predeceased by his parents and his brother George. 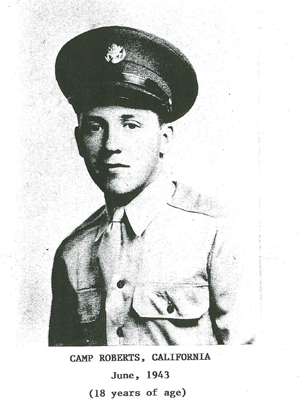 After serving in the Army in the Pacific theater during World War II, a difficult experience that stayed with him through the end of his life, Fr. Sebastian attended the University of Louisville. During that time the idea of becoming a priest, first experienced while he was in high school, began to return. He met a Conventual Franciscan during that time who encouraged Fr. Sebastian in his vocation.

He entered the Novitiate in Auburn, Indiana, in 1953. Most of the novices were 11 years younger, having just graduated from the Conventual Franciscan Minor Seminary at Mount St. Francis in southern Indiana.

Fr. Pius Poff, OFM Conv. was one of the novices. He remembers that Fr. Sebastian told everyone that he was called ‘Sarge,’ and that’s what they should call him too. “He was Sarge from the very beginning, and he was Sarge until the very end,” Fr. Pius said.

During his early years as a Friar-priest, he traveled across the U.S. as vocation director, and was responsible for many recruits still among the Friars to this day. He stayed on the road for a number of years promoting and raising funds for his brothers who were establishing the Church in what was then Northern Rhodesia (now Zambia). 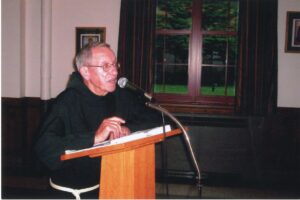 In the early 1960s he taught English at Our Lady of Carey College Seminary in Carey, Ohio. He served for a time as pastor of St. Simon Parish in Indianapolis, Indiana, after which he resumed promotion of the Franciscan missions.

He served two terms as Province Secretary, while also serving as guardian at Mount St. Francis. During his time at the Mount, he made many contributions to its development, including the new entrance gate and the extension of the cemetery. He commented he wanted the Mount always to be a welcoming place, and also wanted to be sure he would have a grave at the province cemetery.

Later, he returned to the Southwest, where he had earlier served a brief time, and to the people of the Southwest he dearly loved, especially in Carlsbad. Holy Cross Retreats, Mesilla Park, New Mexico, then became his home. He served for a time as guardian, making many friends who helped him develop and advance the retreat ministry for the Las Cruces and El Paso dioceses.

Finally, during his eighties he served several years as full-time chaplain for military personnel at White Sands Missile Range in New Mexico.

Among the Friars, Fr. Sebastian was known to be a man of conviction and commitment to the tasks assigned to him. His hobby of flower gardening added beauty to the lives of the Friars everywhere he went. He did not always find himself in agreement with decisions or policies developed by his confreres, and of course the brothers were quick to learn of his different perspectives. However, everyone agreed he was a man who was strong, shaped by his battle experience. He was not only genuinely a man, but a man of God. No one could, despite disagreement, ever doubt that fundamental truth about him.

Memorial gifts may be made to the Conventual Franciscan Province of Our Lady of Consolation, Development Office, 103 St. Francis Blvd. Mount St. Francis, IN 47146. For more information about Fr. Sebastian’s life, or to make a gift online, please click here.