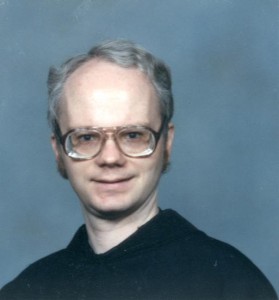 Br. Jim was described by fellow friars as gentle and quiet, and as having a good rapport with lay people wherever he served. These qualities made him an excellent canon lawyer. He had the ability to guide people calmly through the often difficult process of divorce and annulment.

It was while on sabbatical at St. Meinrad that he read a book on Canon Law, and began to think that this might be his calling. After receiving permission he attended St. Paul University in Canada and received his degree in 2004. Fr. Giles Carie, another canon lawyer encouraged his studies and was a constant source of moral and academic support.

Fr. Giles invited Br. Jim to visit El Paso for a month and when Fr. Giles retired from his position with Tribunal of the Diocese of El Paso he convinced Br. Jim to replace him. Br. Jim served for seven years as an Associate Judge on the Tribunal. 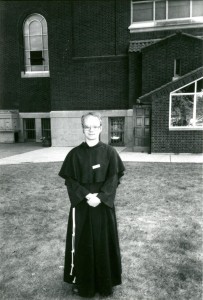 Br. Jim served twice at the Basilica and Shrine of Our Lady of Consolation in Carey, Ohio (once as pilgrimage director), and as youth minister at Our Lady of Consolation Parish in Valley Station, Kentucky. He lived at Mount St. Francis in southern Indiana for 15 years, working in the Development Office as well as the Post Office.

Br. Jim was always on the cutting edge of computer technology, encouraging the friars to move forward in computerizing their systems long before others embraced a different way of doing things. He is credited with moving the Province’s development office into the computer age, helping introduce a system of keeping track of gifts and acknowledgments that continues today.

Visitation will be from 5 pm to 9 pm on Thursday, May 17, at Our Lady of Mount Carmel, El Paso, Texas. The Friars will gather for Office of the Dead at 5:30 pm, and the vigil service will be at 7 pm. The Mass of Resurrection will be celebrated Friday, May 18 at 10:30 am at Our Lady of Mt. Carmel Church. After services the parish is sponsoring a reception in the parish hall. 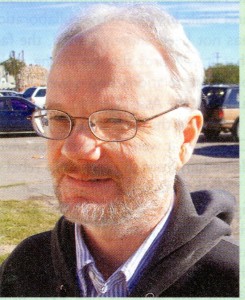