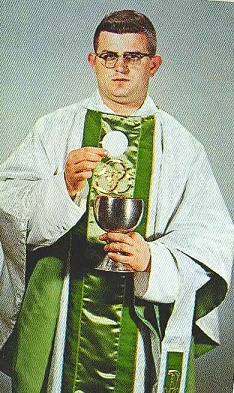 Combining a joyous Franciscan spirit with a missionary’s vision of the world, Friar Joel Burget OFM Conv. served God’s people in remote areas of Africa and in the heart of the midwestern United States. 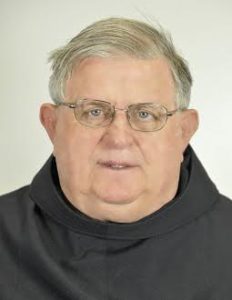 He was ordained a Priest on March 5, 1966, in St. Paul, Minnesota. Later that year, he left for Africa where he served as a missionary for 20 years in Zambia (formerly Northern Rhodesia). After returning to the US, he served in Chicago Heights, Illinois, Milwaukee, Wisconsin, Centralia, Illinois, and for many years in Terre Haute.

A youthful interest in the world and its people led to summer geography studies at the University of Minnesota while he was studying theology during the academic year at the Friars’ seminary in Chaska, Minnesota. Because of this experience and the need for good teachers, after his ordination he was sent to teach geography in the Friars’ schools in Zambia.

But his other talents soon led to his being sent into other areas of Zambia where there was an urgent need for priestly ministry. At that time the lack of good roads made travel difficult and the distances between locations seem even longer. Fr. Joel spent much of his time on his own with the people he served.

He was creative and innovative, as a missionary is often called to be, always willing to attempt anything to improve conditions for those he served. With no hardware stores around, these skills were tested as cars and other machinery sometimes broke down. “He liked to try to fix things,” said one of the Friars who served with him in Zambia. He added with a laugh: “Sometimes he made things better, sometimes not. You never knew what would come out of it.”

In 1986 Fr. Joel returned to the US and, after a brief period in parish ministry, began serving as a hospital chaplain in Centralia, Illinois. Here his caring spirit flowered again, and he developed a great reputation through his concern and care for the sick and dying and their families.

He became pastor at St. Benedict’s in his hometown of Terre Haute in 1998, and through 2010 served his community with the same Franciscan joy and compassion. He continued to live at the Friary at Terre Haute for the rest of his life.

A talented storyteller throughout his life, Fr. Joel also had a reputation for exaggerating at times, leading some Friars to remark that there were often two versions of his humorous stories – the Fr. Joel version and the real version.

He was remembered from his days at Mount St. Francis as a good student and an avid basketball player, whose size and competitive spirit made up for a lack of natural ability.

He was pre-deceased by his parents, his sister Sr. Ann Brendan, SP, and his brother John. He is survived by his sister Mrs. Sally Jones of Beaumont, Texas and five nieces and nephews.

On Monday, April 24, a Funeral Mass was held at St. Benedict Parish in Terre Haute. On Thursday, April 27 the Mass of Christian Burial was followed by interment in the Friars’ Cemetery at Mount St. Francis.

Memorial gifts to the Conventual Franciscan Friars may be sent to The Province of Our Lady of Consolation, Development Office, 103 St. Anthony Drive, Mount St. Francis, Indiana, 47146 or by clicking here.