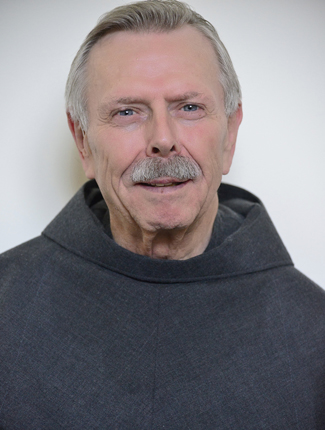 Everywhere he served, Friar Lawrence Eberhardt OFM Conv. made everyone feel welcome with his wonderful smile and twinkling eyes, both having their source in his great heart. He was a great talker, but had an equal gift for listening to people with complete attention. 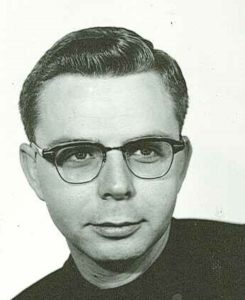 Br. Larry died on December 23 in Louisville, Kentucky. He was born Richard Ronald Eberhardt on July 8, 1935, in Massillon, Ohio, to Richard and Hilda (Bettsnyder) Eberhardt. He was predeceased by his parents and by his brother Lawrence, and is survived by his sister Sherry Eberhardt. He professed Simple Vows as a Conventual Franciscan Friar on February 3, 1956, and Solemn Vows on February 3, 1959.

Br. Larry spent most of his life ministering within the Province of Our Lady of Consolation and with his fellow Friars. He began in the office of Assumption Seminary in Chaska, Minnesota, and later served on the team that founded Franciscan Retreats and Spirituality Center in Prior Lake, Minnesota. After a term as a formation director in St. Paul, Minnesota, he moved to Carey, Ohio, where he managed the gift shop at the Basilica and National Shrine of Our Lady of Consolation for 12 years. In 1987, with no prior training, he took on the task of establishing the Province Archives. 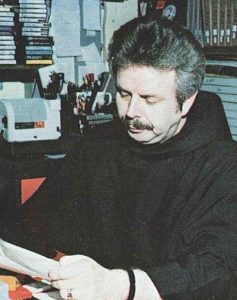 “One of Brother Larry’s greatest accomplishments was creating the Province archives from scratch,” said Lexington (KY) Bishop John Stowe OFM Conv. “He was determined to provide a professional quality archives that researchers could use. So he educated himself by joining a society of archivists, participating in their annual conventions, and learning from the archivists of religious sisters. Bringing his genetic German perfectionism to the task, he successfully inaugurated a state of the art archives.”

But whether in the gift shop in Carey or the Archives at Mount St. Francis, Br. Larry’s priority was making people feel welcome – talking and listening.

“I have never known anyone who could talk as much as Br. Larry could, yet also one who could listen as much,” said Fr. Jim Kent OFM Conv. “He really engaged people with his great heart, and they were attracted to him.”

“Br. Larry had a deep, abiding faith in God which was unquestioning,” said Fr. Christian Moore OFM Conv. “He prayed for many people every day, and stayed in contact with most of them. He loved his own family and the Friars of the Province. All of them were constantly on his mind.”

Visitation for Br. Larry will be at Incarnation Catholic Church in Louisville, Kentucky, Friday December 29 at 5 pm, with a Memorial Mass following at 7 pm. There will be a Wake in the Chapel at Mount St. Francis on Thursday, January 4. The Funeral Mass will be in the Chapel at Noon on January 5 with interment following in the Friars’ cemetery. Memorial gifts may be made to the Province of Our Lady of Consolation, 103 St. Francis Boulevard, Mount St. Francis, Indiana 47146 or by clicking here. 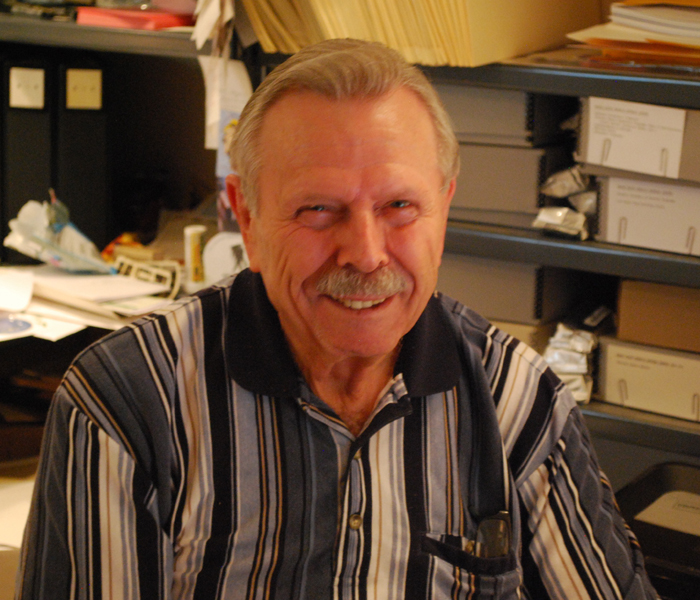