He entered the Conventual Franciscan Order in 1950, and professed solemn vows February 7, 1955. Michael served in a variety of capacities, from farming to administrative.

Parish ministry and spending time with people were very important to Friar Michael. His devotion to service led to his ordination as a permanent deacon on June 7, 1987.

In his early years as a Franciscan, he was involved with farm work at the seminaries at Mount St. Francis, Indiana, and in Chaska, Minnesota. In 1964 he received a Conservation Merit Award for his efforts in soil preservation in Minnesota.

His farm and soil work led to a lifelong love of gardening. He was known for his green thumb, and everywhere he lived the plants and flowers flourished under his care.

He was preceded in death by his parents and several siblings. He is survived by brothers D. Michael and Robert, sister Sue Kuhlman, and sister-in-law Luella Wright.

The Mass of Christian burial was Thursday, January 31 at Mount St. Francis with interment in the Friars’ cemetery. 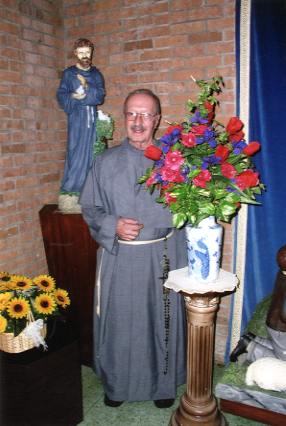 Donations in memory of Br. Michael may be sent to the Province of Our Lady of Consolation, Development Office, 103 St. Francis Blvd., Mount St. Francis, IN, 47146, or may be made online by clicking here.