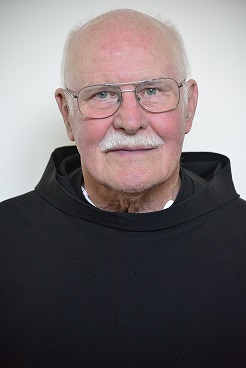 A Man of Gentle Strength and Deep Compassion

Possessing athletic grace and quiet strength, Fr. Philip Schneider served God’s people with humble spirit, gentle compassion, and most of all a deep love of God. 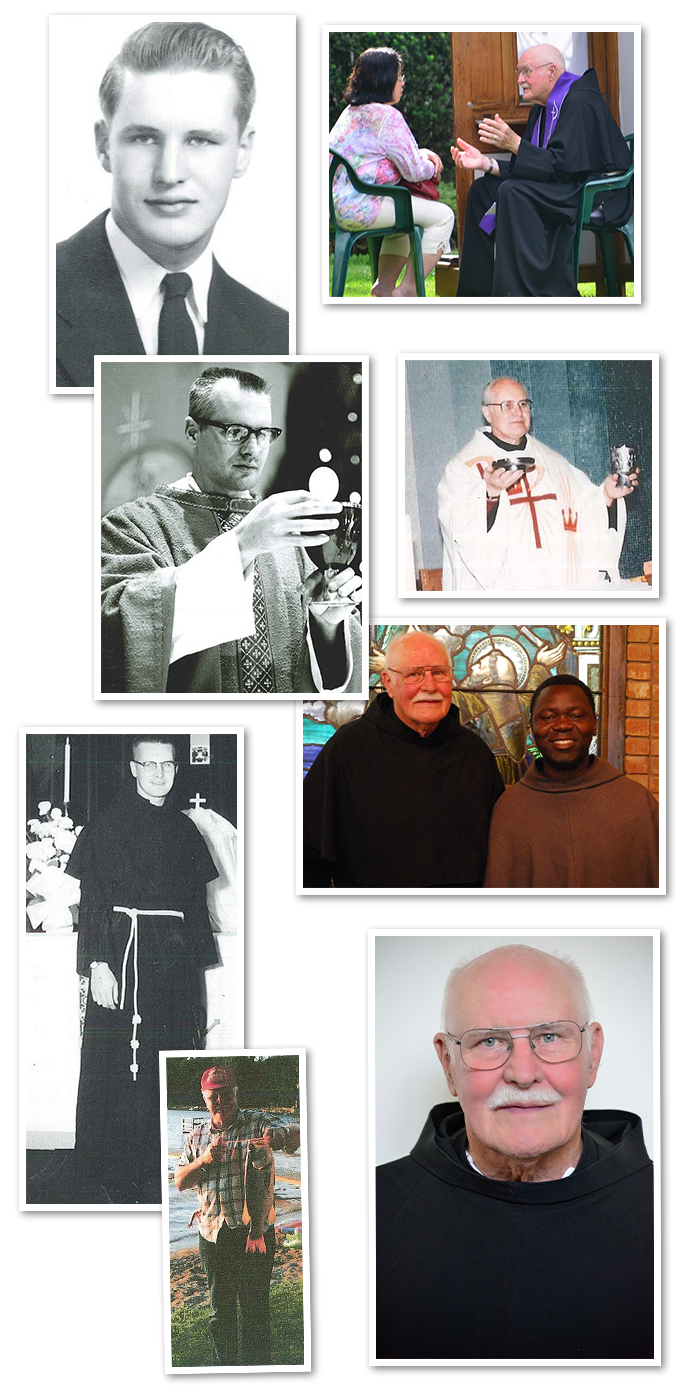 Friar Philip Schneider OFM Conv. passed away on January 24, 2020, in Toledo, Ohio. Born Donald Edward Schneider on March 18, 1934, to Anthony and Helen (Hoyt) Schneider in Lansing, Michigan, he was predeceased by his parents, by his brothers Richard and James, and by his sister Lenore Baty. He is survived by his sister-in-law Barbara Schneider (+Richard), sisters Annette Thelen (Ronald), Cecilia Hamilton, Mary Wagner, Cathy Schneider (Linda), Theresa Rinkoski (Tom), and Pat Estelle (Bill), and brothers Paul (+Helen) and Bob (Brenda), along with many nieces, nephews, and great-nieces and -nephews.

“He will be lovingly missed by his family,” said his sister Theresa Rinkoski. “His pastoral nature was very important to the family. He was always there, ready to listen and empathize. He was gentle, very gentle. He really cared about the people in his parish.”

Fr. Philip professed Simple Vows in the Order of Friars Minor Conventual on July 12, 1953, Solemn Vows on July 12, 1956, and was ordained to the priesthood on February 19, 1961, at St. Paul Cathedral in St. Paul, Minnesota. In addition to his undergraduate and theology studies, he earned a Master’s degree in mathematics from the University of Notre Dame in 1965, which he put to use as a teacher at Toledo Central Catholic and the Minor Seminary at Mount St. Francis.

High school students loved their math teacher, writes John Adams: “I have many fond memories of him teaching algebra and geometry. He was a remarkable soul, and I am ever grateful for the grace of having been his student.”

In his student days at the Minor Seminary at Mount St. Francis in southern Indiana, Fr. Phil was a member of the basketball team that won the Paoli Sectional Championship in 1951. In later years he enjoyed playing golf and bowling.

“He was very athletic,” said Friar Pius Poff OFM Conv., who was Fr. Philip’s classmate for 13 years. “But to me he was most of all a very spiritual man, a very humble man, not one to draw attention to himself. He was not only humble, but also a very compassionate person.”

Fr. Philip spent many years in pastoral ministry, serving parishes in Milwaukee, Wisconsin, Angola and Terre Haute, Indiana, and Chicago Heights, Illinois. But his favorite assignment was at St. Paul’s in Clear Lake, Indiana, where he served for more than 20 years. Friar Christian Moore taught with Fr. Philip at Mount St. Francis and served with him at San Rocco Parish in Chicago Heights.

“He did fine woodworking, but really he could do anything with his hands and knew how to fix things,” Fr. Christian said. “When he was at St. Paul’s in Clear Lake all those years, he did nearly all the maintenance himself. He was also a very good listener, and always there when people needed him. He had a very deep faith.”

Barbara Balbo, a parishioner in Clear Lake wrote: “Father Phil was always a humble servant of God and St. Paul’s Chapel. During sermons his lip would often quiver as he fought back tears when helping the congregation understand God’s unconditional love for each of us. Father Phil was a gentle giant who truly cared for all, but especially the most vulnerable, including children. His high-fiving the children as he proceeded down the aisle after Mass will always remain a special memory in the hearts of St. Paul’s parishioners.”

In a conversation not too long ago, Fr. Pius told Fr. Philip that it might be the last time they would speak together. “He told me you never know; we can meet in Heaven.”

Visitation will take place from 5-6:45pm at the Basilica of Our Lady of Consolation in Carey, Ohio, on Tuesday, January 28, followed by a funeral Mass at 7pm. The body will be received at the Chapel at Mount St. Francis, Indiana at 5pm on Wednesday, January 29, and a wake service will be held that evening at 7pm. The funeral Mass at Mount St. Francis on January 30 at 11am, with interment to follow in the Friars’ cemetery.

Memorial gifts may be made to the Province of Our Lady of Consolation, 103 St. Francis Boulevard, Mount St. Francis, Indiana, 47146 or online by clicking here.