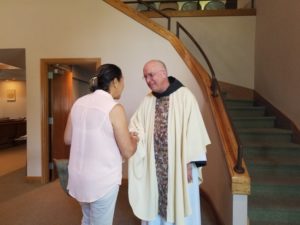 How Do You Say?

I have lived in a variety of cultures in my life, and I have attempted to learn, at least rudimentarily, the language of the local setting. Too much fun!! For reals!! Some very funny situations happen in that process!! Also, some rather compromising situations.

Language is more than vocabulary and grammar!! If that’s all it was, there’d be no problem learning multiple languages, and with ease!! The philosophy of language, the various metaphors some which can’t be translated from one language to another. One major cause of the East (Orthodox) – West (Catholic) Schism was about a Greek word which still can’t be translated into Latin – nor English, for that matter!!

When I moved to El Paso to serve a parish which has a significant Pueblo population, who speak Tigua (or Taiki) I thought it useful to learn some basic phrases, like “Thank you!” Cool, eh?!? I asked one of the catechists:

A couple days later, I was talking to some folks from the Pueblo about something or other. When we were finished I wanted to thank them for their help, so, I said, “Herkem!” They doubled over in laughter!!

Later, when I saw her again I asked why she had told me “herkem” instead of “ha wu.”

And, indeed she was right!! What I “asked” was clear to both of us, but the “answer” being sought was obviously unclear. It’s still a good joke between us!!

How often does talking past one another cause confusion among us?!? At times, such misunderstandings cause great grief between individuals, spouses, parents-children-parents, political leadership and societies. How can we move beyond the hurt and division caused by misunderstanding, or misrepresenting things that are said or intended?

One way to deal with such issues, is to seek clarification. “When I asked, ‘such and such’, what was it that you heard me say or understood my intention to be?” Talk it out!

Another approach could be, that when something is heard about someone which really doesn’t make any sense from the manner I know the person: perhaps express doubt to the “reporter” and go seek clarification from the “source.” Don’t load for bear when there isn’t even a target in site!! If indeed what was reported is factually confirmed by the person, then it’s time to have an ear-to-ear and heart-to-heart conversation about what’s at issue.

Can we all just slow down for a moment and attempt to understand each other? If we could, life could be a little less of a stress swamp!!

Distractions can make decisions for us, says Fr. Florian Tiell OFM Conv. In this podcast he looks back on 50 years of priesthood and the importance of listening to God as we think about our vocation in life. God is always trying to speak to us, so we need to step away from the noise, relax, and listen. 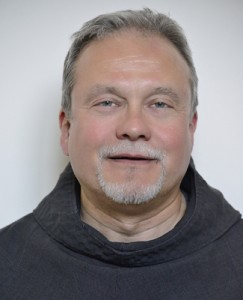 Many years ago, National Public Radio produced a compilation of the stories that they had collected over the years for their “StoryCorps” project; the book was entitled, Listening As An Act of Love. The title of that book revealed a profound truth, a truth that I see as one of the foundation stones of my life as a Friar in ministry.

When people share their stories in spiritual direction, or even in an informal conversation, there is a sacredness to that moment. Some of those stories reveal deep scars, painful, and sometimes even shameful moments for the person sharing, yet, I can feel the profound sense of relief and unburdening as their narrative comes forth. I hope and I pray that I can convey to them my genuine desire to hear their story, because I consider it a privilege to serve as a listener in this moment. The grace of being heard by another in an open and non-judgmental fashion hopefully mirrors to that person that they are precious and treasured in God’s eyes. The physical differences that I see in the person as their story unfolds resembles the relief that one feels when finishing an arduous physical task. They sit a little taller; their faces seem more relaxed than before and their spirits are definitely lifted.

Listening, truly is an act of love. 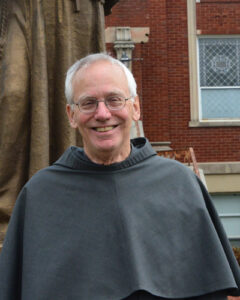 The starting point for a Franciscan spiritual journey is experience of beauty of the world around us. Every stone along the beach and the chirping of a morning bird are the work of the Great Artist. Each created mortal being from the worm on the ground together with the sun in the heavens, and new glimpses of the cosmos beyond “speaks itself.” In each of them God speaks. His first Word spoken in creation invites each of us into their chorus proclaiming beauty, even unto and into Beauty Itself.

The Franciscan spirit understands the deep and immediate connection between God who creates and the uniqueness of each individual created – just the way we are, in our particularity, in each and every uniqueness and difference. This means each created reality (and we ourselves) is grounded in the freedom of God’s unique love for each one of us. Thereby we receive the gift of God’s freedom to love us immediately and totally, so that we in turn may love God fully and completely, a freedom to be completed in the great purpose of our life when in God’s good time, his love for us and our love for God will be perfected in an intimacy so far beyond us, in an intimacy we yet do not know: “ear has not heard.” (Paul…)

Yet, beauty is all around us. When we are present and attentive – when we listen – “our heart takes wings,” writes the poet Gerard Manly Hopkin. A heart can fly only when it is silent. A heart filled with noise or torn apart with distraction is deaf to the divine harmony surrounding us. If we cannot hear beauty within and about our own hearts, how can we make our own lives and all our relationships with others something so beautiful that Beauty Itself may speak.

St. Maximilian Kolbe understood this. Even in the horror of a starvation bunker he saw the beauty of his companions around him. He rejoiced to hear the harmony of their voices in song, even unto their last breath. St. Francis of Assisi understood this, even as already blind and in his last agony,

It’s obvious that our communication with others is quite powerful. We have the power to use it constructively or destructively. Certain words can carry either beautiful thoughts or painful blows. But in our busy lives how does one find time to communicate with God? It seems common to hear that someone is a great speaker; but we don’t often hear that someone is a great listener. Has the art of listening been forgotten? 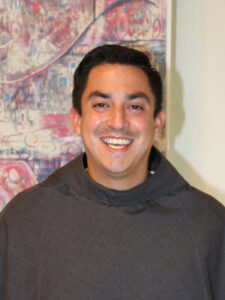 In the world of technology and social media we are confronted with endless distractions. We can lose sight of time, even time we could have spent talking to God. How does listening factor in this communication with God? There should be a focus on our duty to listen to God’s communication to us, as we communicate to him. Although any communication can be powerful, with God the power of communication is greater. And with more powerful communication at stake, more effort in listening is required.

A good way to listen to God is in the silence of our heart. This could be done simply in quiet time with the Lord. Sometimes we are so busy that we can forget to sit somewhere and be attentive to the Lord. Another way we can listen to the Lord is to talk to Him as you would a friend. Don’t be afraid of being emotional in prayer. Bring anything and everything to Him, including your brokenness, and see how you feel about these certain matters later in the week. Stay in dialogue with the Lord about them. Maybe you are not used to spending time in silence for a prolonged period of time. If so, try 5-10 minutes each day to talk to God. Don’t let yourself feel overwhelmed, and take your time with God. 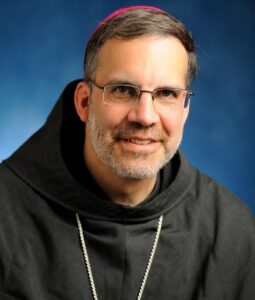 From the first days of his pontificate, Pope Francis has spoken of a “synodal” Church. His ecumenical interests towards reconciliation with the Eastern Churches were evident. He invoked the model of discernment and decision-making that has been the norm in the east and was once again institutionalized at the Second Vatican Council. Bringing such an ecclesiastical term into everyday language, the pope very simply said, “a synodal Church is a listening Church.”

Indeed, at the beginning of the synod of bishops addressing marriage and family life, Pope Francis instructed the bishops to “speak boldly, and listen charitably.” That is not easy to do simultaneously! I have often wondered, as I view the talking heads on television shouting past each other and lament the total lack of civility in public discourse, what communication might be like if we all heeded that synodal instruction of Pope Francis. We are called to speak vigorously and boldly for the truth as we perceive it, while having the humility to recognize that others- even those with whom I disagree- have something true to contribute.

During a retreat, the leader asked the Friars a very good question: “to whom do you listen?” I think it is good for each of us to periodically do an examination of our sources. By whom are we informed? To whom do we listen? And the harder question, whose voices are we blocking out?

The gospels tell the story of the blind Bartimaeus crying out as Jesus passes by, desperate to be noticed and to be healed, but people tried to keep him quiet. Jesus noticed! In our present circumstances, we are learning (too late) the importance of listening to the victims of abuse and harassment, the voices of children separated from their parents, the voices of the impoverished majority of the earth’s inhabitants, and hopefully to the voice of the earth itself protesting her exploitation.

Right now, there is a synod on youth and vocations occurring in Rome. Pope Francis was deliberate in insisting that he hear not only from those youth enthused and actively living their faith, but from those who find the Church irrelevant, or who challenge our teachings. True encounters, with Christ and with each other, involve listening. What might we learn by turning down our own volume and truly listening to what an “other” is telling me?