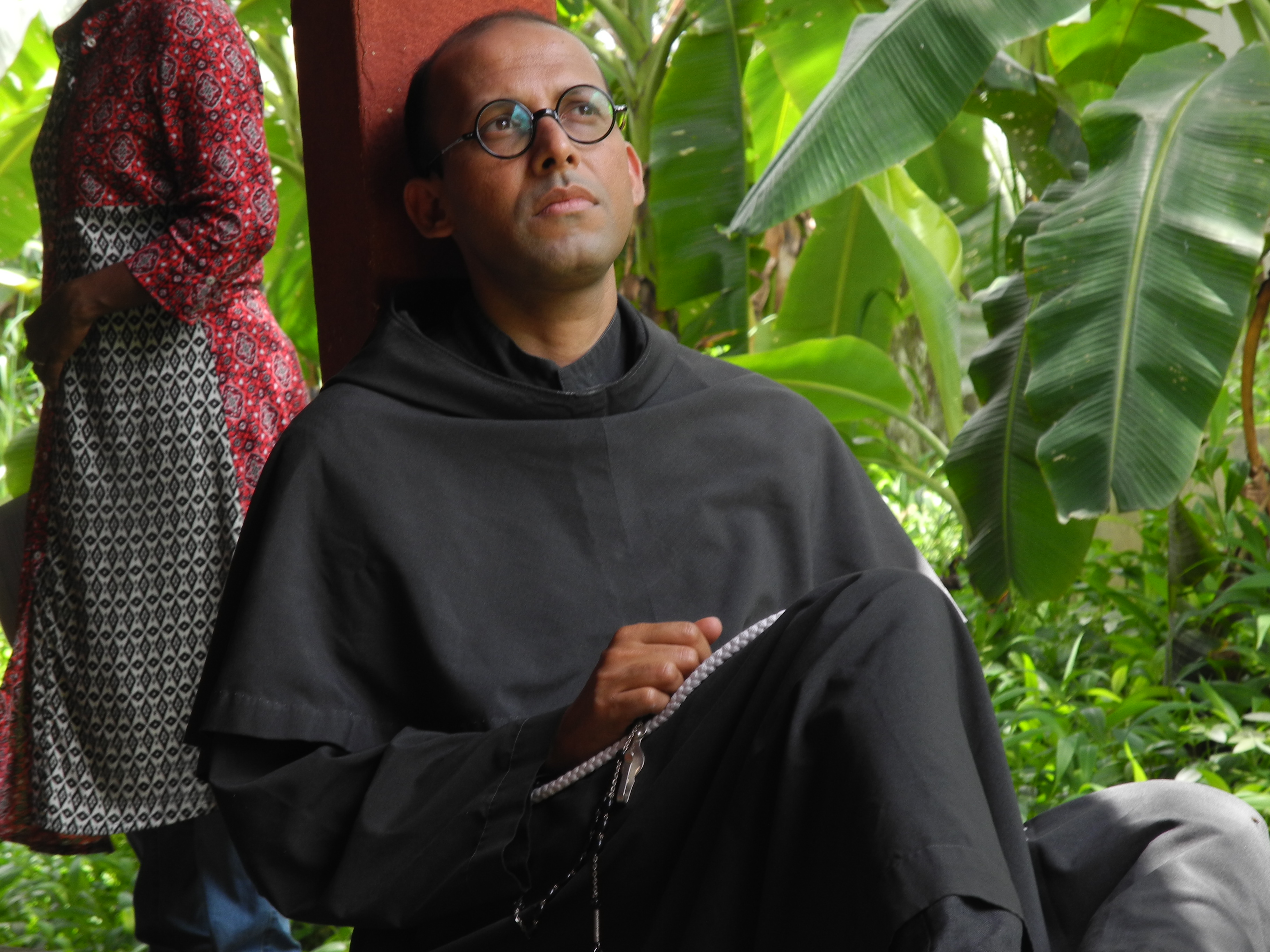 What can a group of Franciscan Friars do when they come together? Make a movie, that’s what. The Franciscan Conventuals in India decided to expand on St. Maximilian Kolbe’s vision of using different forms of media to spread the word of Jesus Christ through the Immaculate Mother Mary around the world. They have established a video and film production company, Kolbe Communications, through which they’ve produced their first feature length film, Hero of Auschwitz: The Life of St. Maximilian Kolbe.

(The movie premiere in the US will take place on Sunday, January 29th, 3:00 p.m. in Wyatt Hall at Bellarmine University in Louisville, Kentucky.) 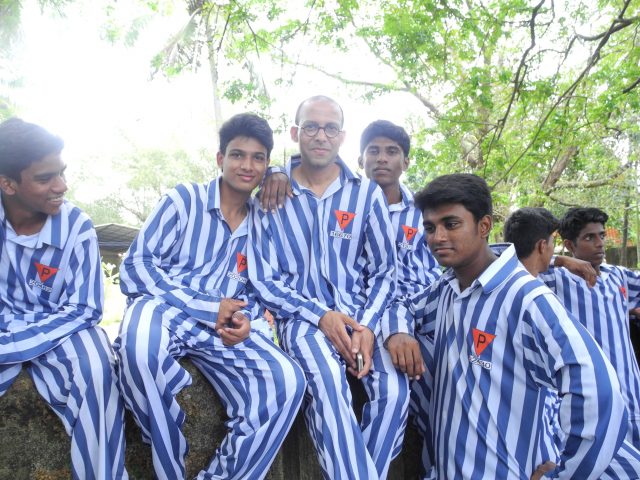 St. Kolbe may be known mostly for his act of martyrdom when he gave his life for another prisoner in the Auschwitz concentration camp in Poland in 1941. By the age of 46 Fr. Kolbe had overcome many obstacles including tuberculosis, to achieve many things for the Catholic Church.

When he was only 10 years old he had a vision of Mother Mary Immaculata in which she offered him two crowns: one white to persevere in purity and one red that he should become a martyr. Raymond Kolbe lived the rest of his life in pursuit of both crowns from Mother Mary. He eventually started Mary’s Militia which became the foundation for printing newspapers, magazines, and books about Mother Mary Immaculata. The success of these publications helped Fr. Kolbe establish Franciscan Friaries in Poland (Niepokalanow), Nagasaki, Japan (Mugenzai no Sono), and the seeds of a friary in Kerala, India. Fr. Kolbe helped bring thousands of young men into religious life, and helped spread the word of Jesus Christ through Mother Mary Immaculate to millions in Europe and Japan and India.

The friars in India have kept Fr. Kolbe’s publication efforts alive. Their company, Grey Friars Publications, distributes The Messenger of St. Anthony, publishes Amalolbhava which is a monthly magazine and is a continuation of St. Maximilian Kolbe’s Militia Immaculata in vernacular language. They have also published books on various religious subjects and saints.

On the World Youth Day, 2016, in Krakow, Poland, many youth visited the concentration camp in Auschwitz. This reflects a rise in interest to know more about the life and spirituality of Kolbe. This movie was intended to spread the vision and the life of Kolbe in India and around the world. Jessy Mariya is a long-time friend of the Friars in Kerala. She has produced other documentaries for Franciscan Friars. When she heard the story of Kolbe’s martyrdom she was very interested in pursuing this as a film project. Fr. Leo Payyappilly, Provincial of St. Maximilian Kolbe Province India, met with Jessy Mariya and asked her to write and direct this film, the first to be produced by Kolbe Communications.

Jessy Mariya, Kerala film director, wrote the script to chronicle the life story of St. Maximilian Kolbe. She hired an excellent Kerala film crew with Praveen as the photographer. The cast included professional actors from Kerala, America, as well as dozens of Franciscan Friars, seminarians, novices, and nuns to create Kolbe’s life story on film. 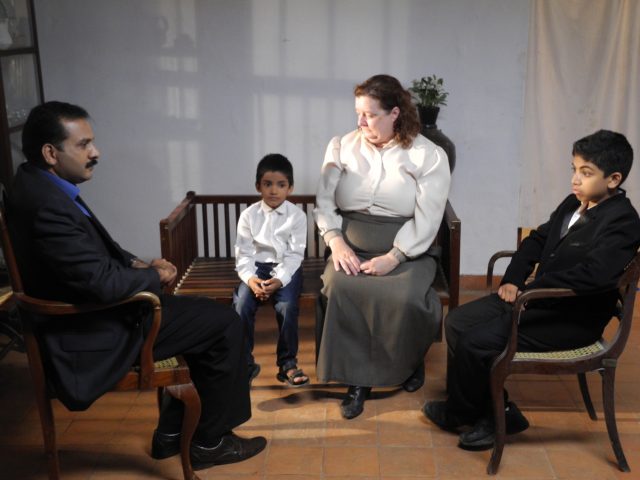 One Interesting thing is that I was cast to play the lead role of St. Maximilian Kolbe. The only experiences I had were acting as Jesus in an Easter pageant show at St. Paul Parish, Dixie highway. I was really panicked and went to Megan Burnett, the Theatre Program Director at Bellarmine University and a professional actor, to help me as an acting coach for the film. She was then cast to play the role of Kolbe’s mother in the film. Burnett said, “Making a film in India was a surprising and dreamlike opportunity for me,” she said. “Working with Fr. John, Jessy Mariya, and all the crew and cast was a powerful experience. The care and attention to detail given to every aspect of this film will ensure St. Kolbe’s story will be shared with Catholics all over the world.”

During the two weeks of shooting, the film crew shot on at least 12 locations including a 250 year-old home in Cochin, a gypsum deposit site at FACT, the set of Jail, a commercial movie set, the St. Maximilian Kolbe ashram, a field in Kerala, on the streets in Fort Cochin, the Belvedere Novitiate in Kotagiri, Tamil Nadu, a pharmacy run by Franciscan nuns, the Viani printing press, a brick quarry, and more. The director and photographer used each location to tell St. Kolbe’s story with truth, and beauty, even when the film deals with his time in the concentration camp. Every moment of his life was depicted with great care. 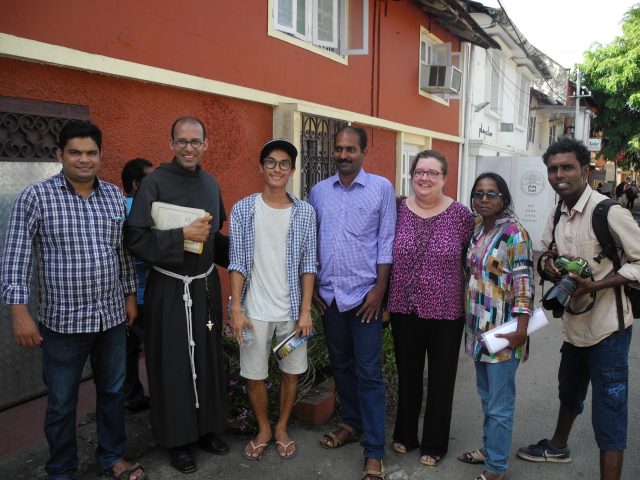 While shooting the concentration camp scenes we were asked to walk on gypsum deposits and a field that was covered with touch-me-not vines which have thorns. I was so blessed to be a part of this beautiful work. And if we friars acted well in the movie, it’s because of God’s blessings and intercession of St. Maximilian Kolbe. Everyone in the movie acted with dedication.

A few things that happened during filming were so amazing. The students were ready to take off their shoes. They said we are doing something, it’s not a movie, we’re trying to experience what Kolbe went through. So we were walking on the thorns, staying in the sunlight, and not much water, and not much food because we had to finish in time, so we were at least six hours in sunlight and on the thorns. And we had to run over the thorns and many were hurt – not big pain but small pain. Then we had to fight for bread in one scene. The prisoners had to eat off the floor. I have never seen a dirty place like that, and the students were putting bread pieces on the floor and trying to eat it. And they were really eating it. I said, “No, look, this is the dirtiest place in the world.” And they said, “No, we are doing something holy here, and we are sacrificing something for Kolbe.” So that was their attitude. They were ready to do anything for the movie. Then I felt each scene, I was not acting as Kolbe, more I was acting as Jesus. I could relate everything with Jesus, his passion, even in the concentration camp I felt how Jesus would have been in the jail, his suffering, people beating him. I got three slaps and kicks, I fell down two times, I was feeling how Jesus would have been suffering, and the last moment Jesus dies lifting his arms on the cross. All this reminded me of Jesus more than Kolbe. 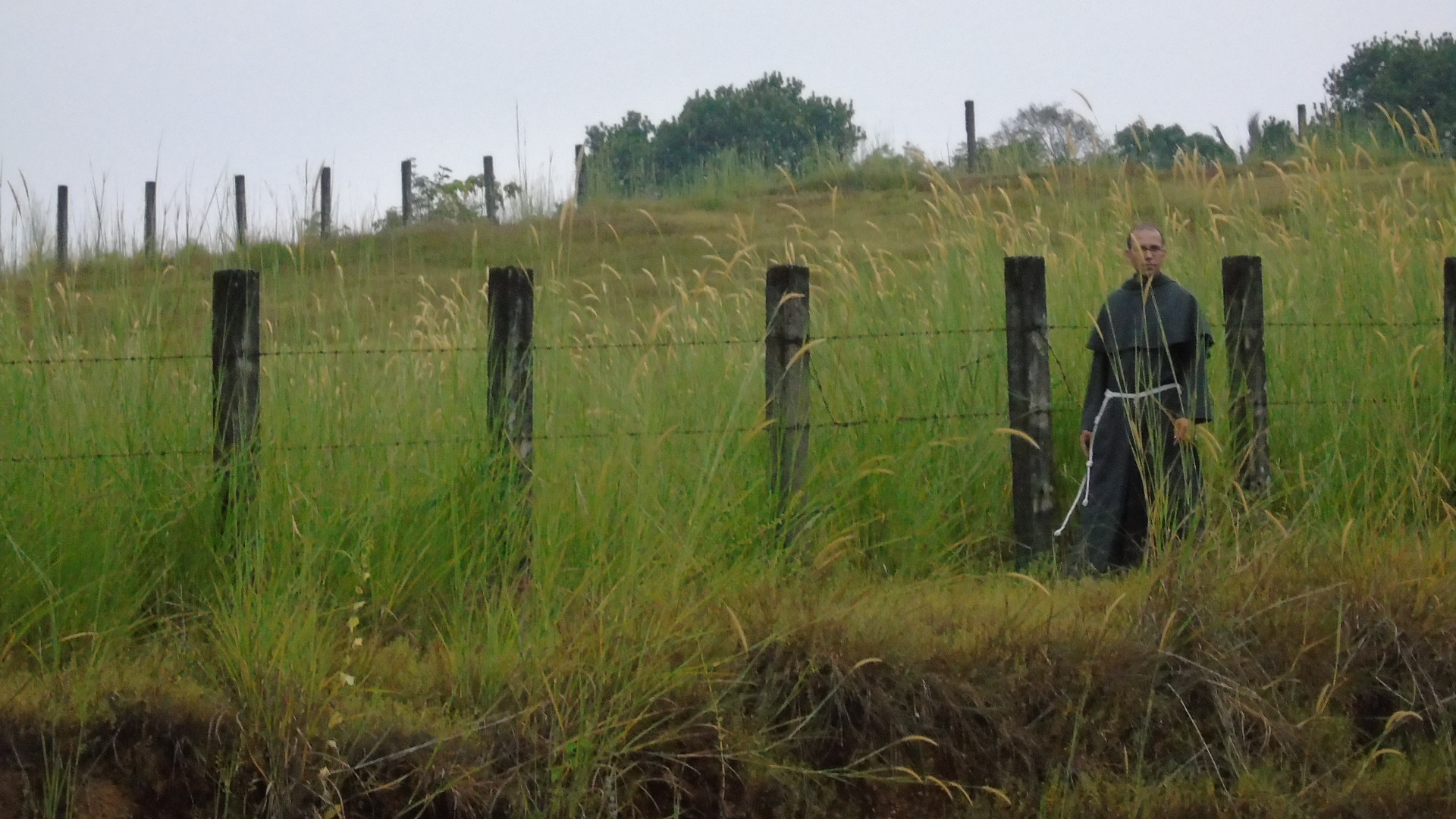 So for me it was not acting. I went through what Kolbe really might have gone through. And many of the students felt it too. And the crew they wanted to know about Kolbe. They really learned about Kolbe. There were Christian, Islamic and Hindu people on the crew. And we always started with a prayer, every day we started with prayer before we started shooting. And they were joining us, the Islamic men and the Hindu men; they were joining us with a prayer. And one of the men is a Hindu and he wanted a cross from Fr. Dominic for his sister. So a lot of good things happened with the crew. And before I came to Megan Burnett for acting help, I never knew how to act, how to stand in front of the camera. I had acted in two Easter Pageant shows. But when I was acting in this movie, I felt like Jesus suffering by his passion. I could feel a divine presence, divine courage, inspiration that I could stand in front of the camera. And I know it’s not me, it’s not me, I ‘m pretty sure it’s Kolbe’s intercession and God’s help.”

Hero of Auschwitz: The Life of St. Maximilian Kolbe, produced by Conventual Franciscans India, will be released by November 12, 2016. There will be DVDs available and it will be released on one or more religious channels in Kerala, India.