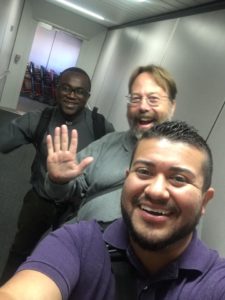 This week Friars from Central America, Zambia, India, and the United States are meeting in Honduras and El Salvador in fraternity to discuss our Gospel mission to the world. The intercultural conference is focused on Fraternity in Mission: Accepting Pope Francis' Challenge. As Friar Mario said as he left for the conference, “We belong to a brotherhood beyond borders.” 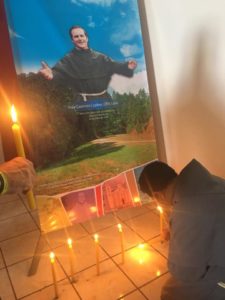 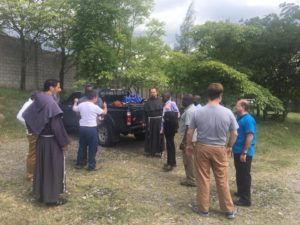 On Friday, September 8, some of the Friars traveled to Campamento, Honduras. There they visited the mountain parish of Santa Ana where three Friars minister to more than 45,000 people. On Saturday, the Friars celebrated Mass in honor of the Martyrs of Justice, including Friar Casimir Cypher. Fr. Casimir, a Conventual Franciscan Friar from St. Bonaventure Province, ministered to the poor in Olancho, Honduras, in the early 1970s. He was martyred by Honduran paramilitary forces in 1975. Sunday, the Friars continued to experience the ministerial work at Campamento – house visits, witnessing the Liturgy of the Word, presiding at a Mass in one of the 30 indwellings/chapels, and in the afternoon the raffle of a bull!

The conference continues through this week.

Please keep the Friars in your prayers as they work in fraternity
to ensure that mission efforts continue to follow the Gospel and the example of St. Francis of Assisi.