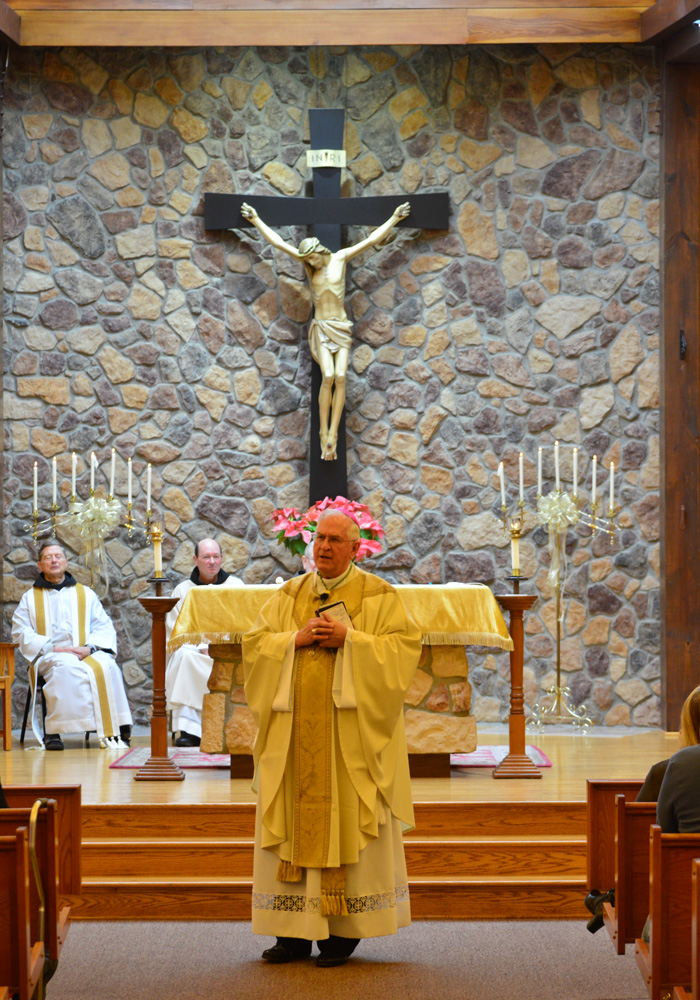 Although it was founded officially on Christmas Day, 1966, Incarnation of Or Lord Catholic Church celebrated its 50th Anniversary on Sunday, January 15. But as Archbishop Joseph Kurtz reminded those marking the Anniversary at the 11 am Mass, the real Incarnation took place nine months before Christmas. Mary said to the Angel, "Let it be done according to your word," and through the working of the Holy Spirit, the Word became flesh, and dwelt among us.

The Spirit was moving in the congregation: the Word proclaimed with authority, the joyful singing of the Glory of God, the boisterous sign of Christ's Peace, and the sharing of the Body and Blood of Our Lord.

Concelebrating with Archbishop Kurtz were the Pastor, Fr. Christian Moore, OFM Conv., former Pastor Fr. Jim Mudd of the Archdiocese of Louisville, and Fr. Jim Kent, OFM Conv., Minister Provincial of the Conventual Franciscan Province of Our Lady of Consolation.

After Mass, hundreds of parishioners and friends of Incarnation gathered in the Parish Hall for a delicious luncheon. Before and during the luncheon, people walked along the sides of the Hall reviewing pictures from the five decades of parish life.