At the end of concelebrating the daily Mass in the Chapel at Mount St. Francis, Indiana, Fr. Maurus gave his blessing to those in attendance.

Now retired and living in the Friary at the Mount, Fr. Maurus served for most his life in the Southwestern United States. For a few years in between, he was pastor at St. Anthony Parish in Clarksville, Indiana. 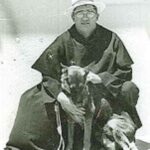 Fr. Maurus came to the Mount as a high school student in the 1930s. He professed solemn vows as a Conventual Franciscan August 17, 1942. He was ordained on February 24, 1945 at Holy Rosary Cathedral in Toledo, Ohio.

We thank God for the gift of Fr. Maurus to Our Lady of Consolation Province. We Friars are inspired by his example of service and devotion. He has touched the lives of thousands of people, from baptism to funerals, and continues to pray every day for his friends, his parishioners, and all who ask for his prayers. 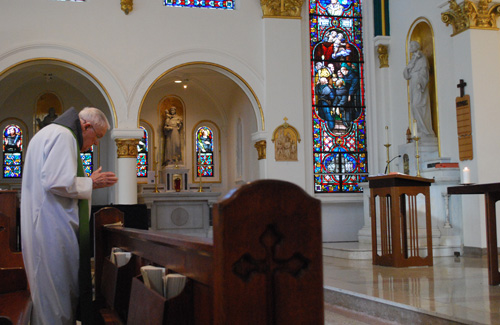