An Explosion of Grace
By Fr. David Lenz, OFM Conv. 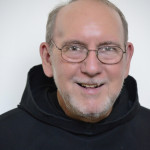 An explosion of grace was witnessed by the 13th century Roman Catholic Church in Europe with the appearance of two spiritual giants - St. Francis of Assisi and St. Anthony of Padua.

St. Anthony wasn’t originally from Padua. He wasn’t even originally a Franciscan.

St. Anthony was born in Lisbon, Portugal, at the end of the 12th century. He began his religious life as an Augustinian. But shortly after ordination to the priesthood, he met some Franciscan Friars who were returning from missionary work in northern Africa. Inspired by their zeal and courage, he transferred to the Franciscans to devote himself to preaching and spreading the faith among African peoples. 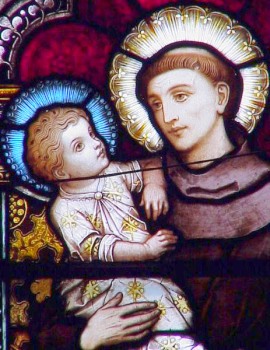 Those plans were thwarted; some might say by the inspiration of the Holy Spirit. He went instead to Italy, where he met St. Francis, and was discovered to have a superior talent for preaching and teaching. He became the first Friar to teach theology to the new members of the Franciscan order.

But it is as a missionary of God’s Word that he is most renowned. His sermons are memorable for their gentleness. But the strength of his preaching and the deep love of God they pronounced – Anthony’s love of God, and God’s overflowing, abiding love for each of us – turned around the lives of those who heard him.

Just as St. Anthony struggled to find his path to God, may we recognize our own struggles and be reassured that we also will find the "way" to God with St. Anthony as a companion on the journey.