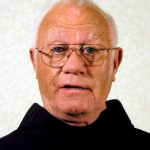 He entered the Conventual Franciscan Order in 1952, and professed solemn vows on July 12, 1956. After seminary studies in the United States and in Rome, he was ordained a priest on July 10, 1960. After teaching for three years at Our Lady of Carey Seminary in Carey, Ohio, he returned to Rome for advanced biblical studies at the Pontifical Biblical Institute. From 1968 to 1982 he continued as a professor of Scripture at Assumption Seminary and St. Paul Seminary, both in Minnesota. In 1982 he went to Zambia, Africa, at the request of the Minister General to teach Scripture in the St. Dominic Seminary. While in Zambia he also served as the major superior for the friars of his province. During his administration as provincial custos, he worked tirelessly to foster the establishment of an inter-franciscan college seminary, St. Bonaventure College, which today flourishes. 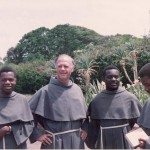 After returning to the United States, he served in parishes in Lagrange, IN; Jesup, GA; Oakley, MI; Lansing, MI; and Grand Rapids, MI. In 2009 he retired to Holy Cross Friary in Mesilla Park, NM, where he continued to work as a translator and writer.

But for Fr. Peter, translation of Latin theological texts wasn’t really work at all – in fact it gave him great joy. A lifelong scholar in several subjects, he had a special love for languages. He spoke of his grade school Latin teacher with great fondness, saying she instilled a love for the language and its rigorous structure. Another friar recalled Fr. Peter was one of the most intelligent students ever at Mount St. Francis Seminary. A look through the files at his transcripts bears this out. 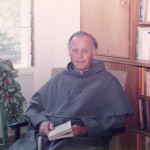 When the severity of his final illness became known, he wrote a letter to the friars of the Province shortly before he died. He quoted Psalm 91 (You who dwell in the shelter of the Most High…) and the third chapter of Habakkuk (Yet you come forth to save your people…).

But the most important lines of the letter were:

Death enters in the first pages of the Scriptures. However, the rest of its many pages are filled with hope. I have accomplished what the Lord gave me to do. May the Lord lead you to find what is yours to do.

He was preceded in death by his parents, two sisters (Mary Ann Kozachik and Lorraine Williams), and a nephew (Douglas Williams). He is survived by his brother John (Phyllis), and nine nieces and nephews.

A memorial service took place Sunday, February 12 in Mesilla Park, NM, with a funeral there the next day. Visitation will take place on Thursday, February 16, from 9:30 am to 11 am, at the chapel of Mount St. Francis, Mount St. Francis IN. There will be a vigil of remembrance at 10:30 am, followed by the Mass of Christian Burial at 11 and a graveside service.

Donations in memory of Fr. Nickels may be sent to the Province of Our Lady of Consolation, Development Office, 103 St. Francis Blvd., Mount St. Francis, IN, 47146. You  may also make a gift now by clicking here.