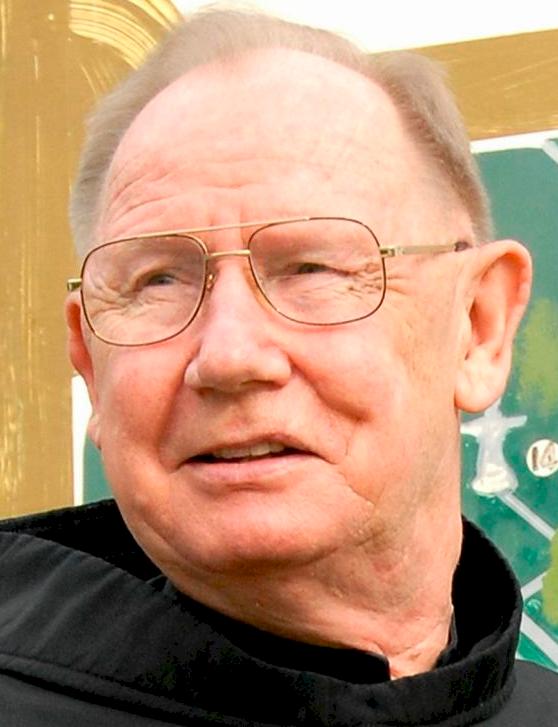 Telling the Story of Maternal Love 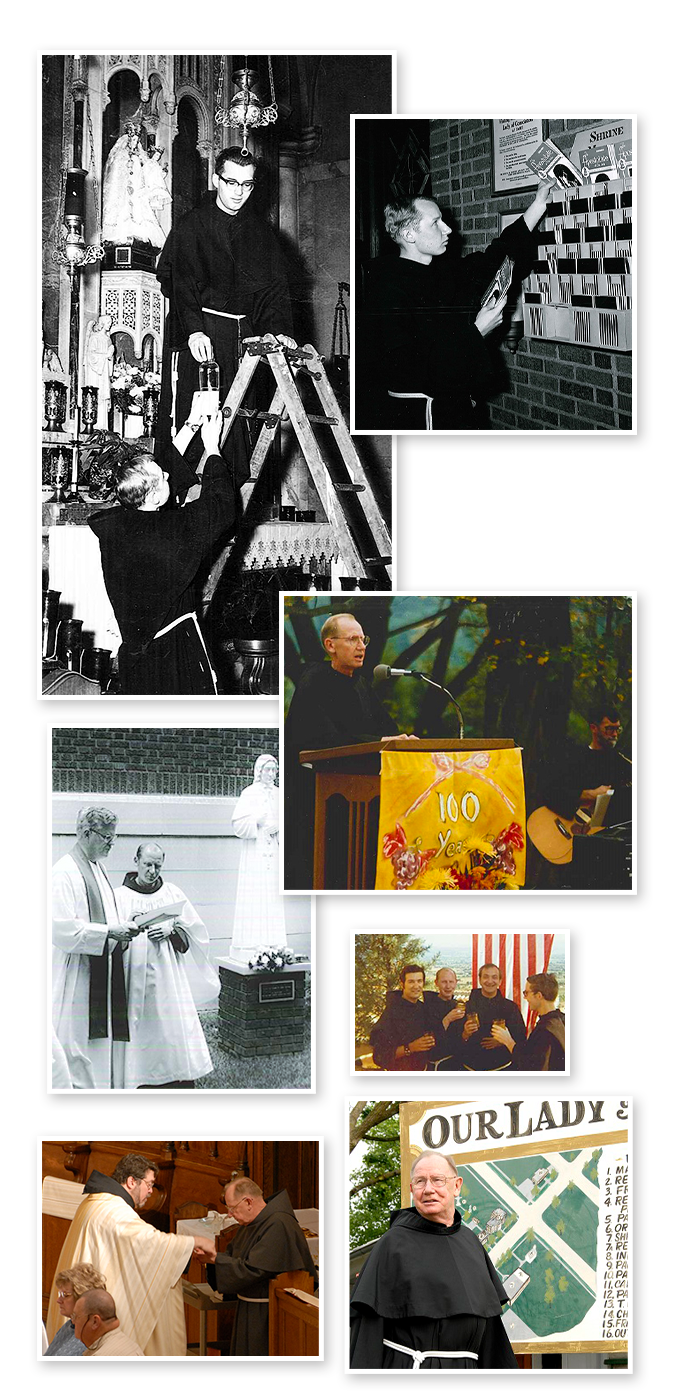 With his talent for telling stories and a profound devotion to the Blessed Mother (and her mother, St. Anne) Brother Jeffrey Hines OFM Conv. gave people a glimpse into the hidden life of Jesus. He spent his life welcoming pilgrims and retreatants across the Province of Our Lady of Consolation, helping them deepen their relationship with God. Depending on the circumstances, he could have a group of people laughing uproariously or praying devoutly.

Br. Jeffrey passed away on April 11, 2020, in Bloomington, Minnesota. He was born Richard Joseph Hines on June 24, 1938, in Minneapolis, Minnesota, to Charles and Marie (Walsdorf) Hines. He was predeceased by his parents and is survived by his brothers Jerry (Barbara) and Tom (+Ann), one nephew, three nieces, and many relatives.

He entered the Order of Friars Minor Conventual when he was 20, professed Simple Vows on July 14, 1962, in Auburn, Indiana. He professed his Solemn Vows on July 26, 1965, at the Basilica and National Shrine of Our Lady of Consolation (OLC Shrine) in Carey, Ohio, where over three different assignments he would spend 22 years of his life.

In addition to his service at OLC Shrine, Br. Jeffrey also served as a guide in Assisi, Italy; Director of Franciscan Retreats and Spirituality Center in Prior Lake, Minnesota; Secretary for the Province of Our Lady of Consolation; and in the education and formation of student Friars.

Upon being assigned Pilgrimage Director at OLC Shrine in 1976, he drew on his annual visits to the Shrine of St. Anne de Beaupré, near Quebec City in Canada, to help shape his service to the pilgrims.

“He had a profound love for the pilgrims, a deep respect for them and their different heritages,” Br. Bob Roddy said. Br. Bob met Br. Jeffrey in 1978 while spending the summer at the Shrine before entering the Order later that year.

“In those days there were sometimes 50,000 pilgrims for the Feast of the Assumption. Although he was probably an introvert by nature, he was always very energized by their devotional piety. And even though it was a very busy time that summer, he was always very kind to me, and patient when I had questions. He was always solicitous and thoughtful.”

Linda Boaz was the Provincial Office Manager when Br. Jeffrey served as Province Secretary from 1994 through 2001. But she had gotten to know him earlier through his devotion to St. Anne.

“He wrote an article about her in The Friar,” Linda said. “I found it intriguing and wrote to him, telling him I appreciated it and asking more questions. He responded by sending me a St. Anne medal and telling me he would pray to her for me. Every year, he loved visiting the Shrine (of St. Anne) during his vacation. He was always very excited before and after the trip.

“And he could tell a story like nobody else. He could mimic voices and mannerisms so well that he would have us almost on the floor laughing.”

The combination of Br. Jeffrey’s experiences with the pilgrims, his deepening devotion to the Blessed Mother, and his skills as a writer resulted in lasting contributions to the Shrine and its visitors.

Caught in Chicago during the blizzard of 1978, which immobilized the city and much of the Midwest, he turned his isolation in a hotel room into a mini-retreat with the Blessed Mother. During those days he rewrote A Pilgrim’s Prayer Book for visitors to OLC Shrine. In addition to other daily prayers and devotions, the booklet includes the Novena Prayers used each year by the thousands of pilgrims who gather in August for the Novena to Our Lady of Consolation leading up to the Feast of the Assumption.

He also wrote a history of OLC Shrine, which continues to be sold in the Shrine Gift Shop.

“He was a person with great appreciation for beauty,” Br. Bob Roddy said. “He was an artist himself. In his journals, besides his writing, there are beautiful pen and ink drawings from his time in Assisi and other places.

“He had a sense of style. And along with that he had a deep sense of responsibility; he never did anything halfway – always properly and appropriately.”

Funeral arrangements are pending. Memorial gifts may be in the form on this page or  made to the Province of Our Lady of Consolation, Mission Advancement Office, 103 St. Francis Boulevard, Mount St. Francis, Indiana 47146.