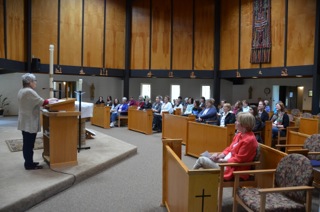 The day began with a prayer service and opening conference, “Discovering and Celebrating Our Giftedness,” in which all three presenters contributed to the retreat conference. Participants were then invited to partake of a creative activity within their family groups. The response was quite enthusiastic. 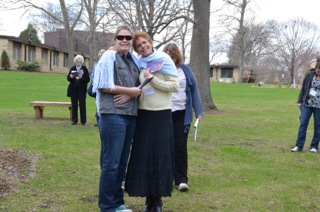 Retreatants were blessed with a cool but sunny day which allowed them to explore the retreat center grounds as Spring begins to break forth here in the Upper Midwest. One long-time retreatant remarked that she had never seen the grounds in the early Spring, and it was such a treat to share the place that she’s always talking about with her adult daughter.

Judy Miller, the Chef and Kitchen Manager of FRSC, pulled out all the stops with a terrific lunch and a mid-afternoon break that rivaled anything you might find in a fine hotel or on a luxury cruise. 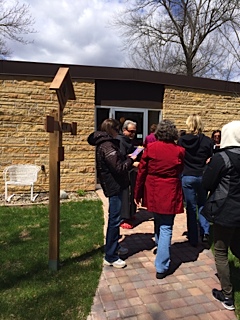 Br. Bob led the group in the Stations of the Cross utilizing the new walkway for the outdoor Stations.

The afternoon consisted of a presentation on “The Media, Mothers, Daughters and Granddaughters,” where the staff showed clips from television or film that illustrated dynamics in the mother-daughter relationship. The day concluded with an anticipatory Mass for the Third Sunday of Easter.

The day combined the right balance of input by the staff, family activity time, free time and prayer. This was the first time at the retreat center for nearly half of the participants; we hope that it won’t be their last. 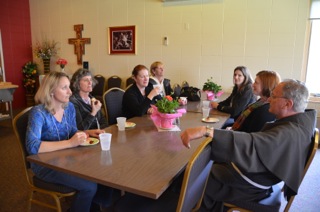 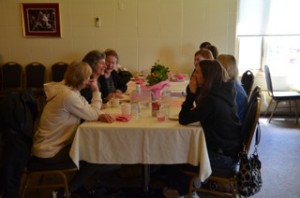 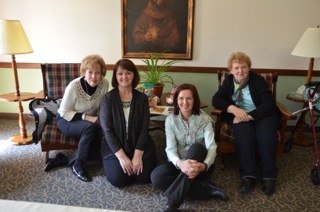