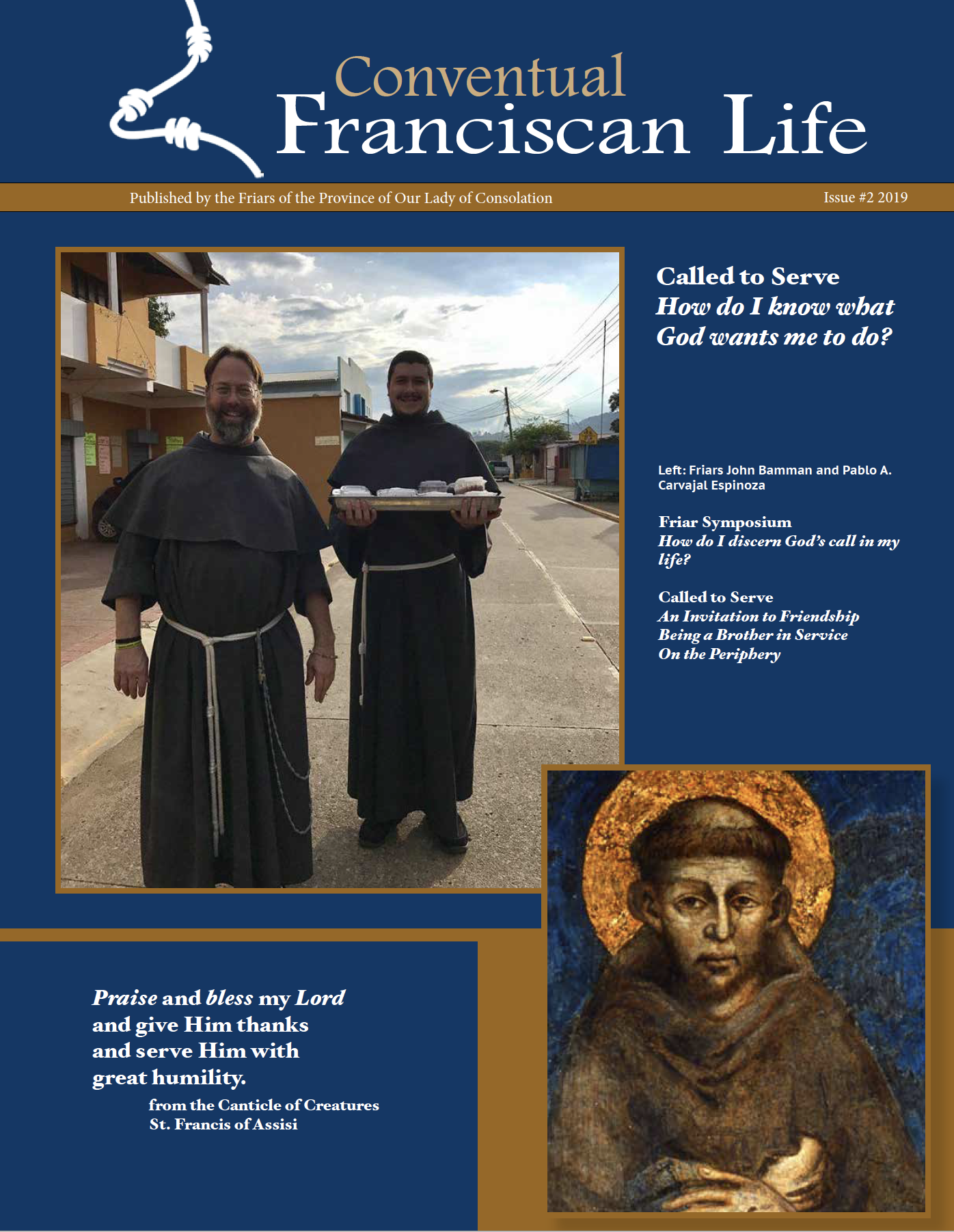 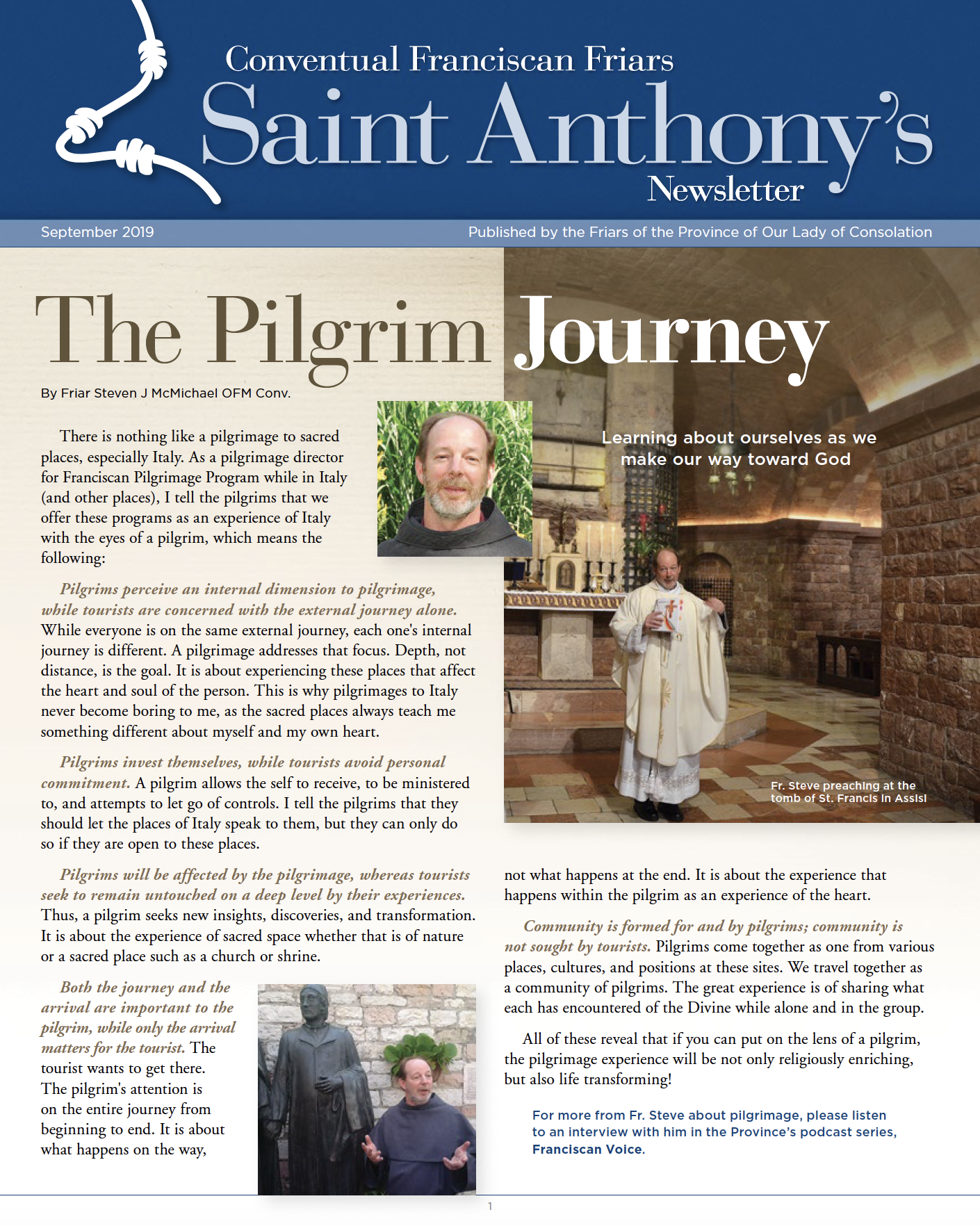 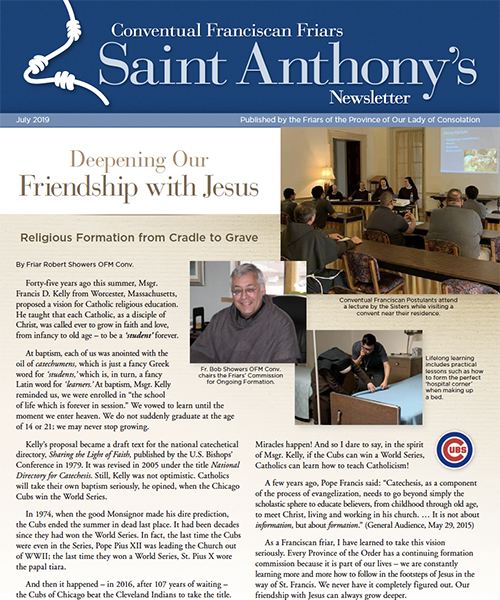 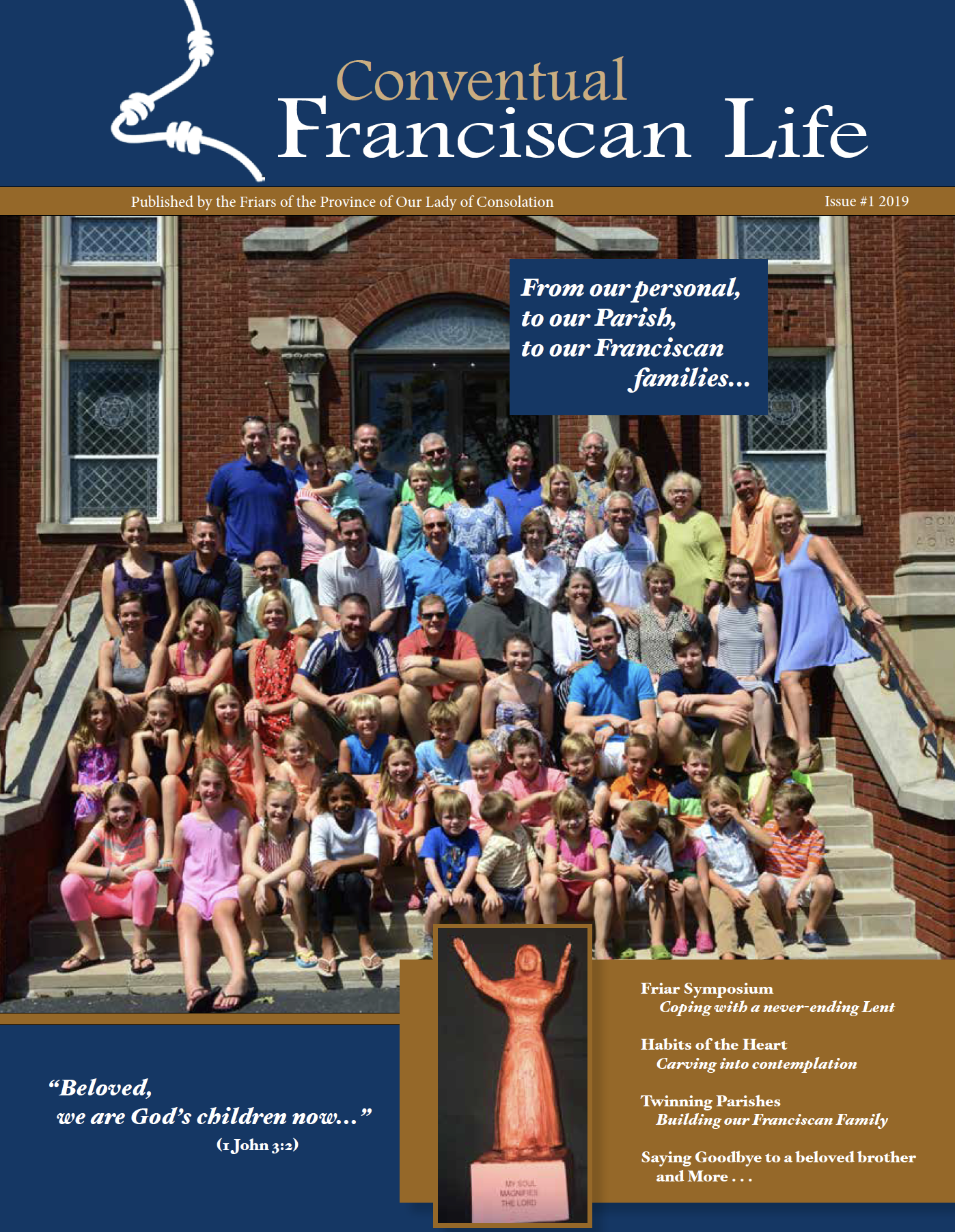 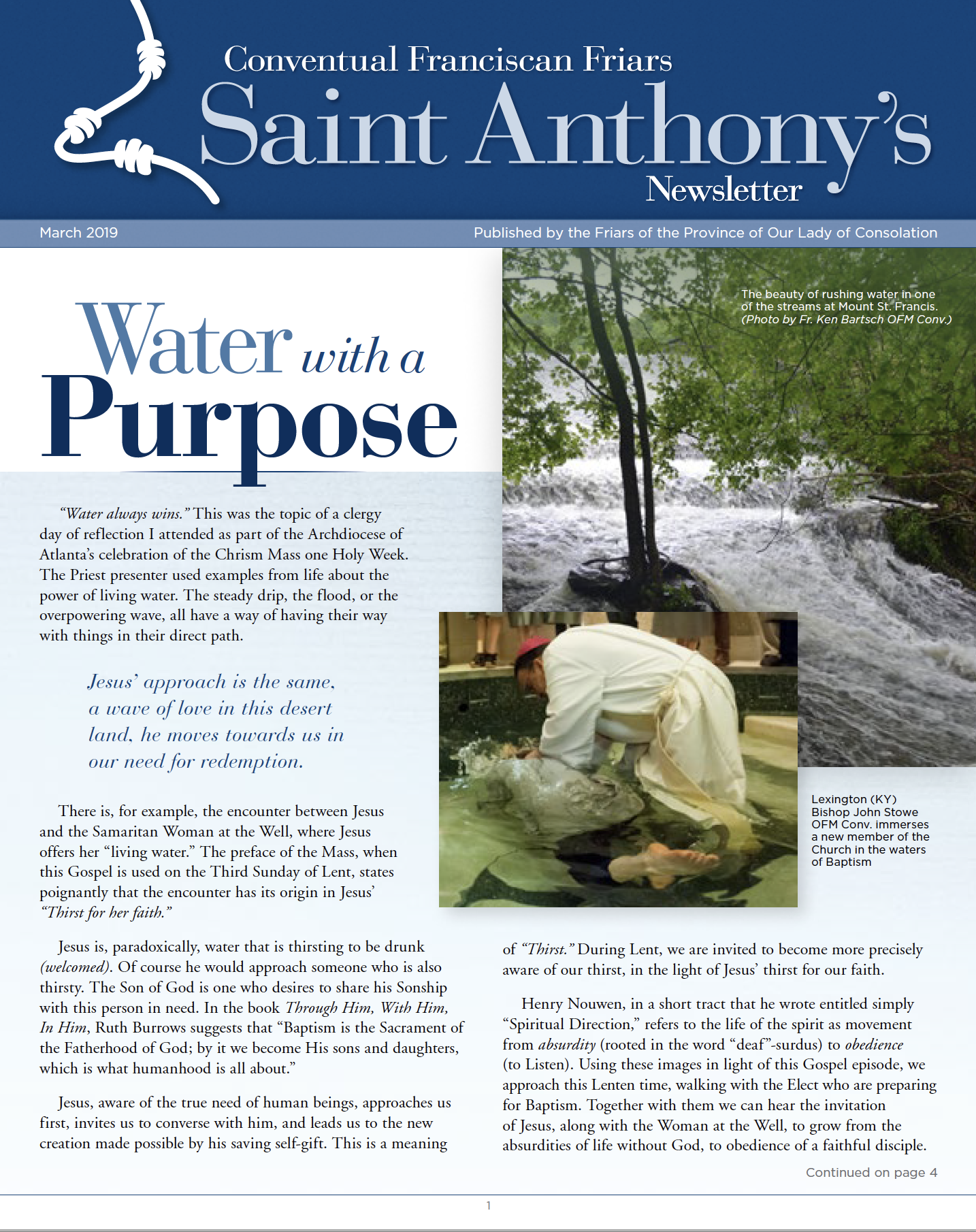 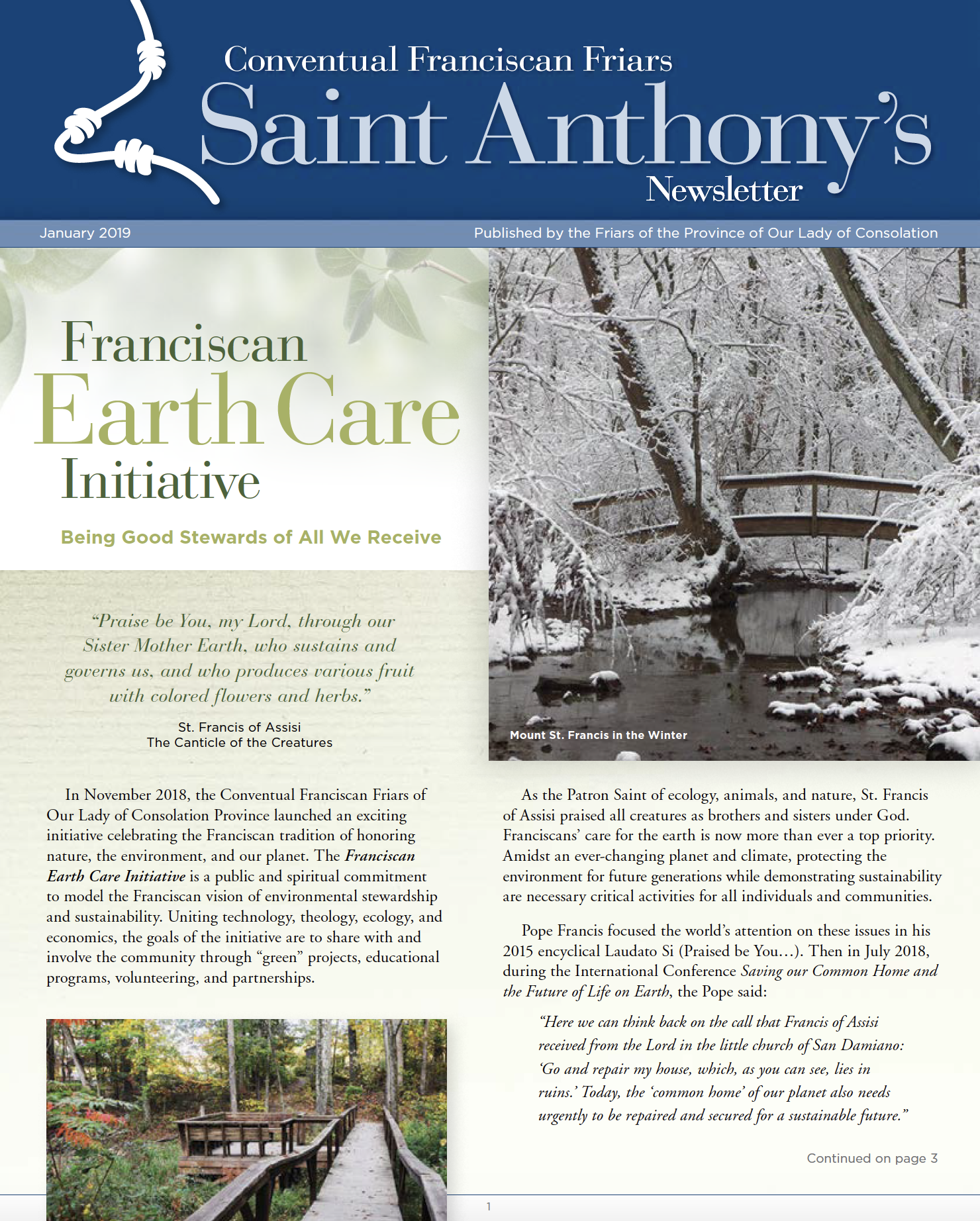 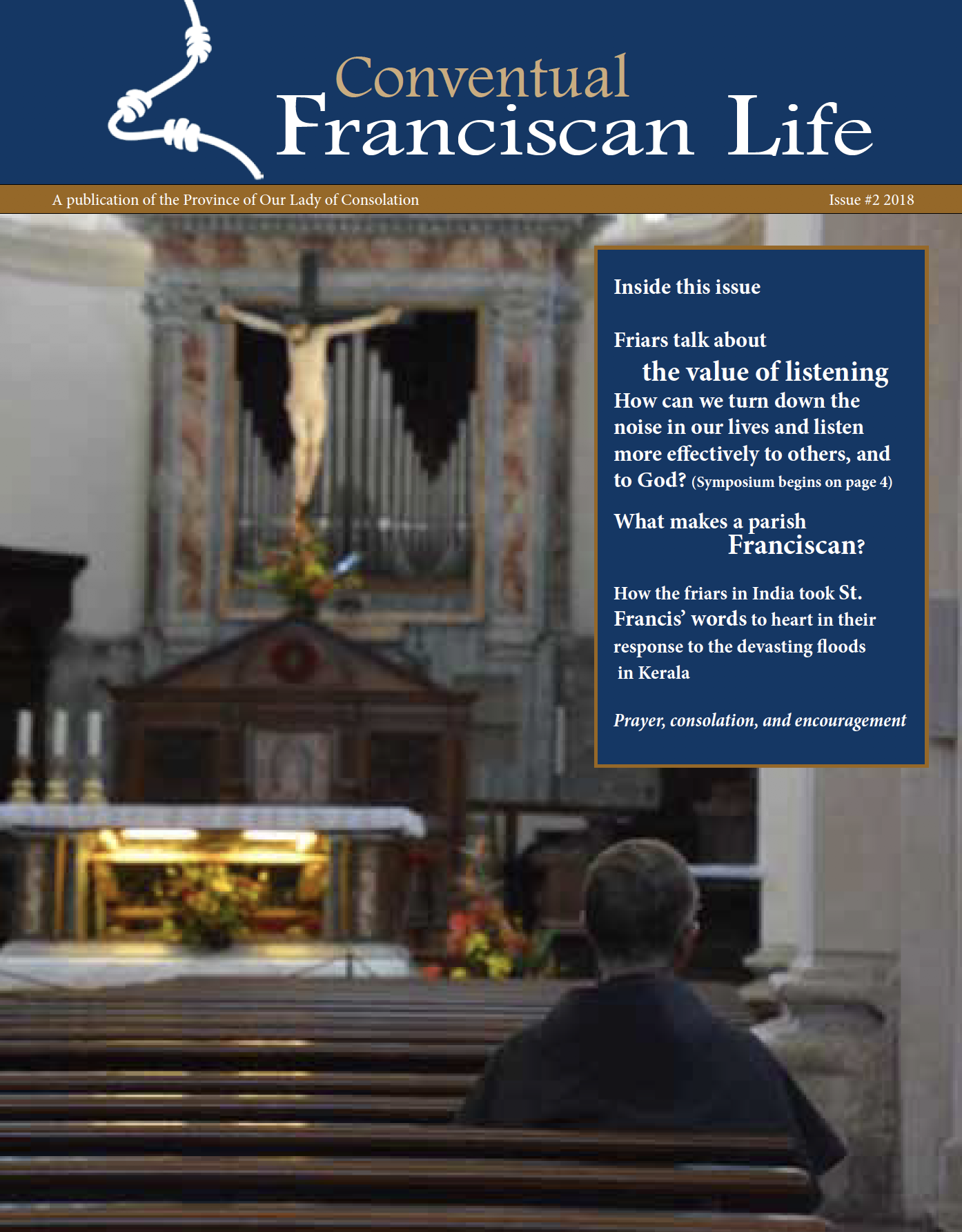 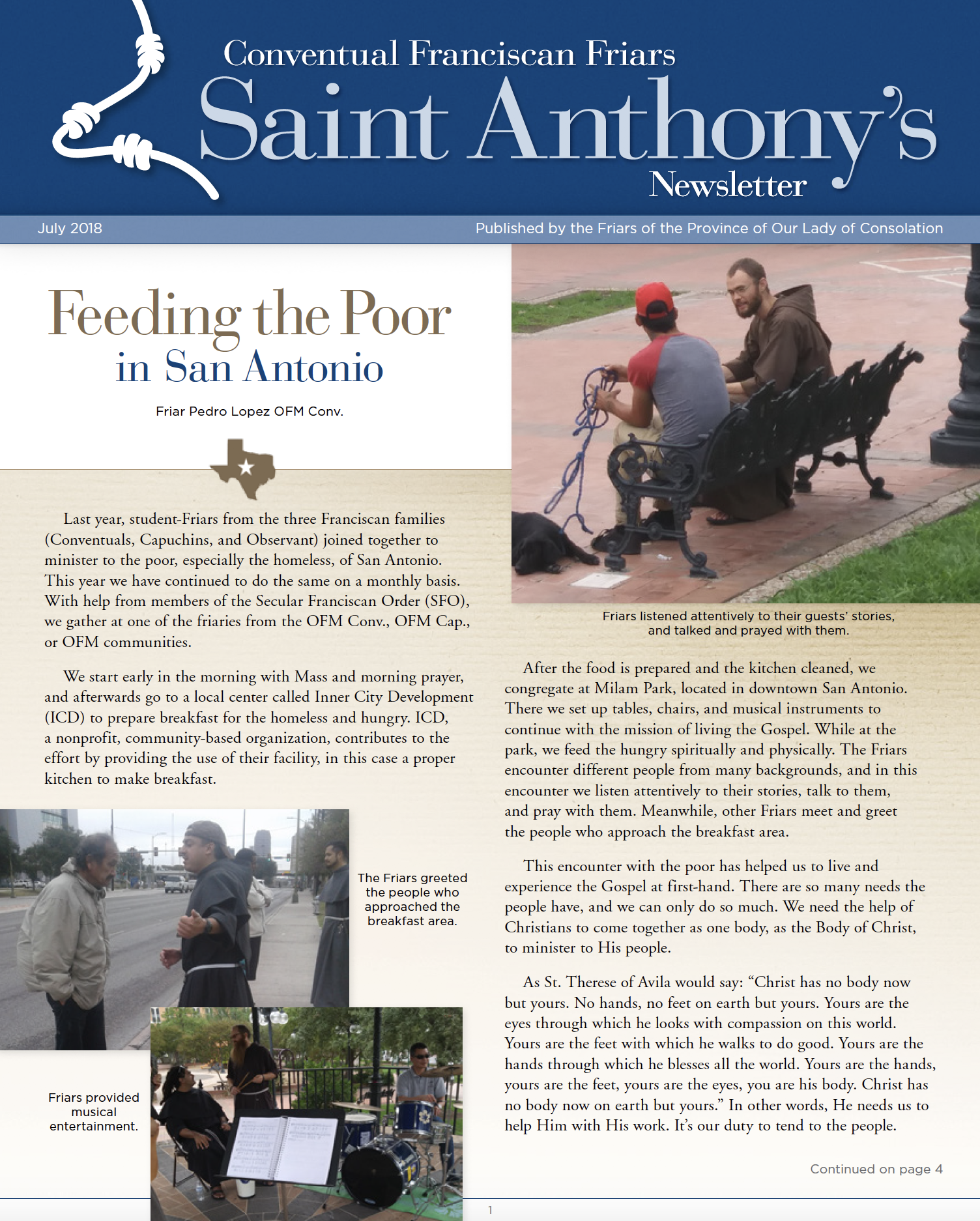 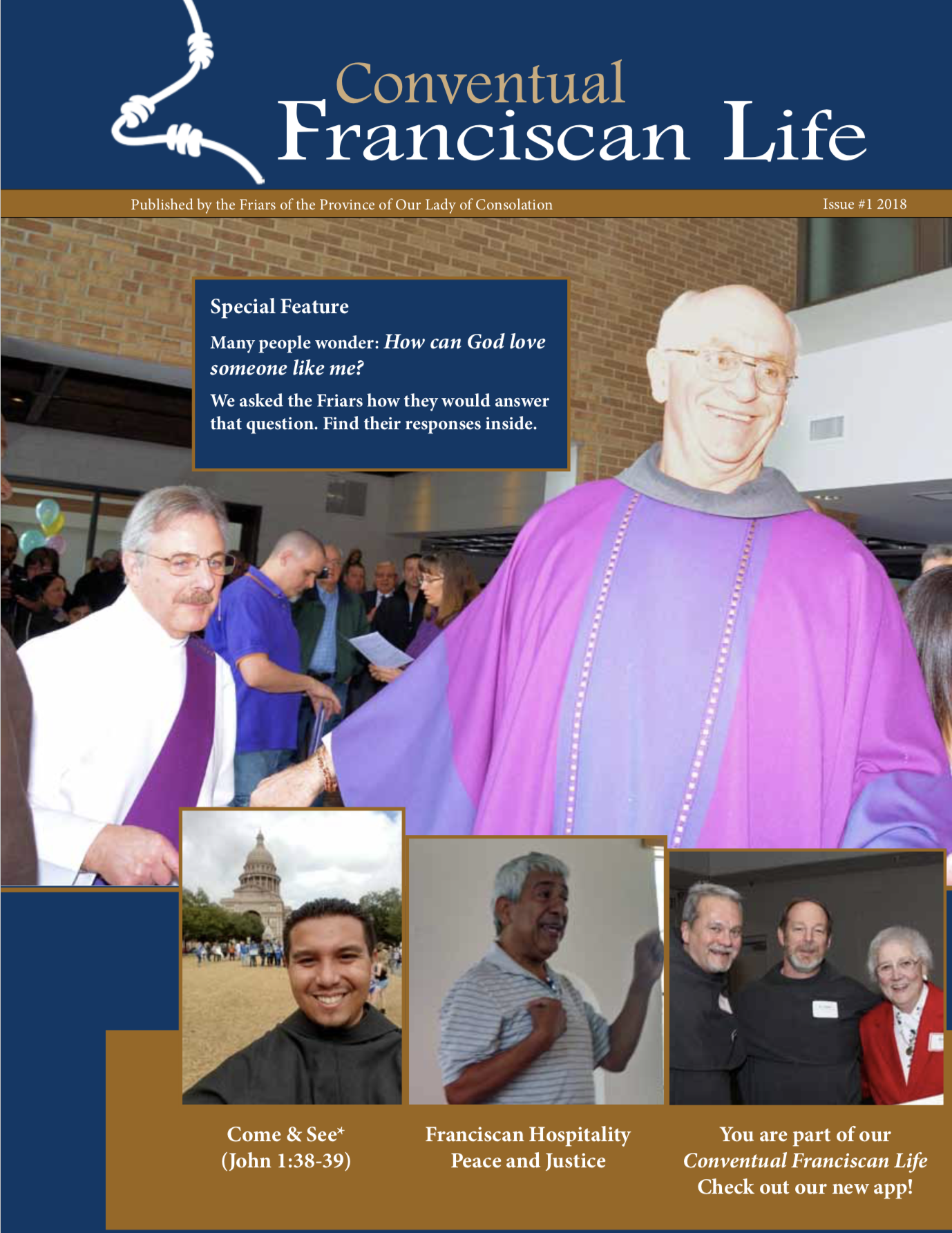 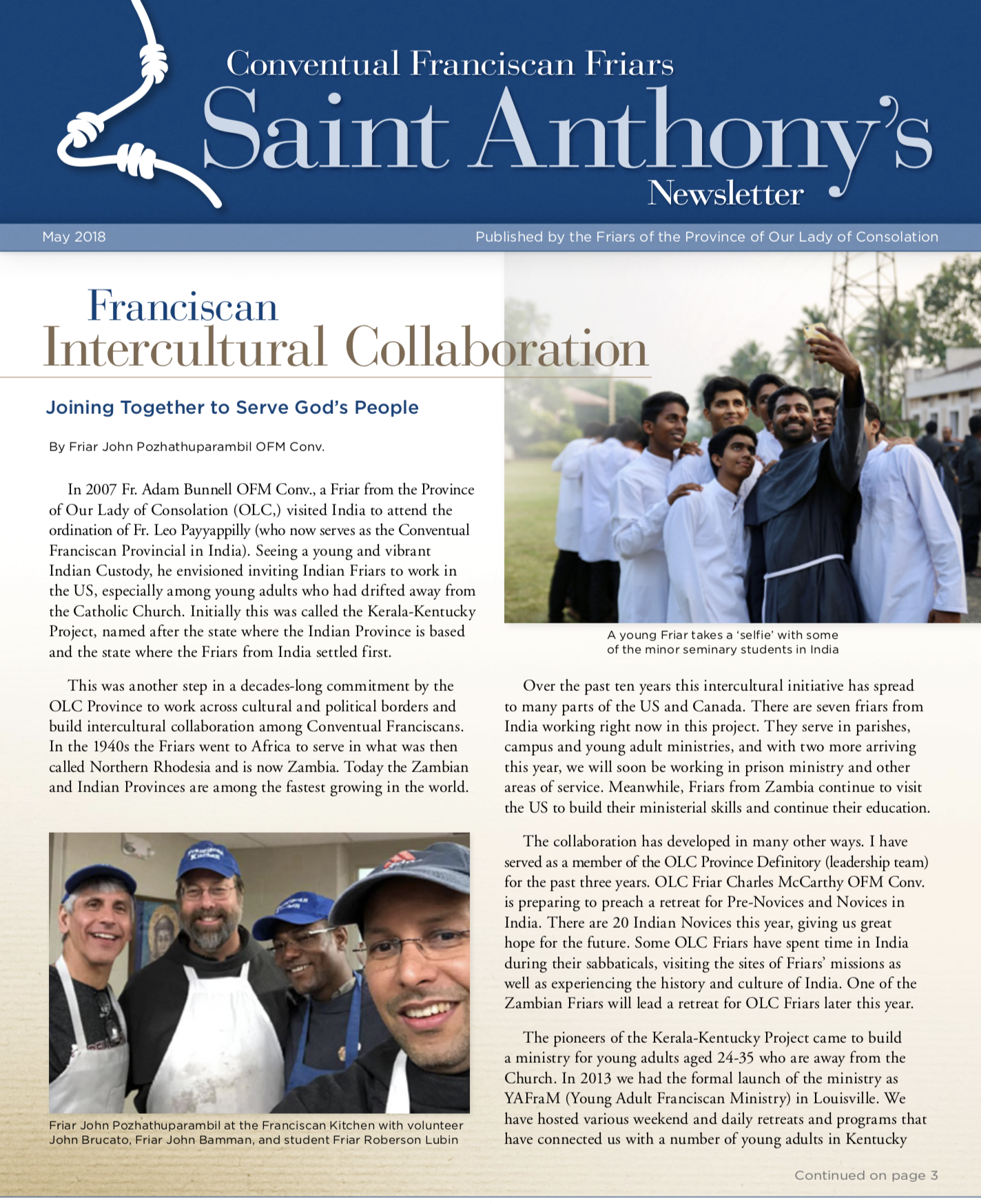 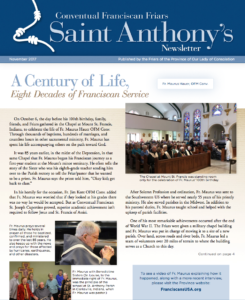 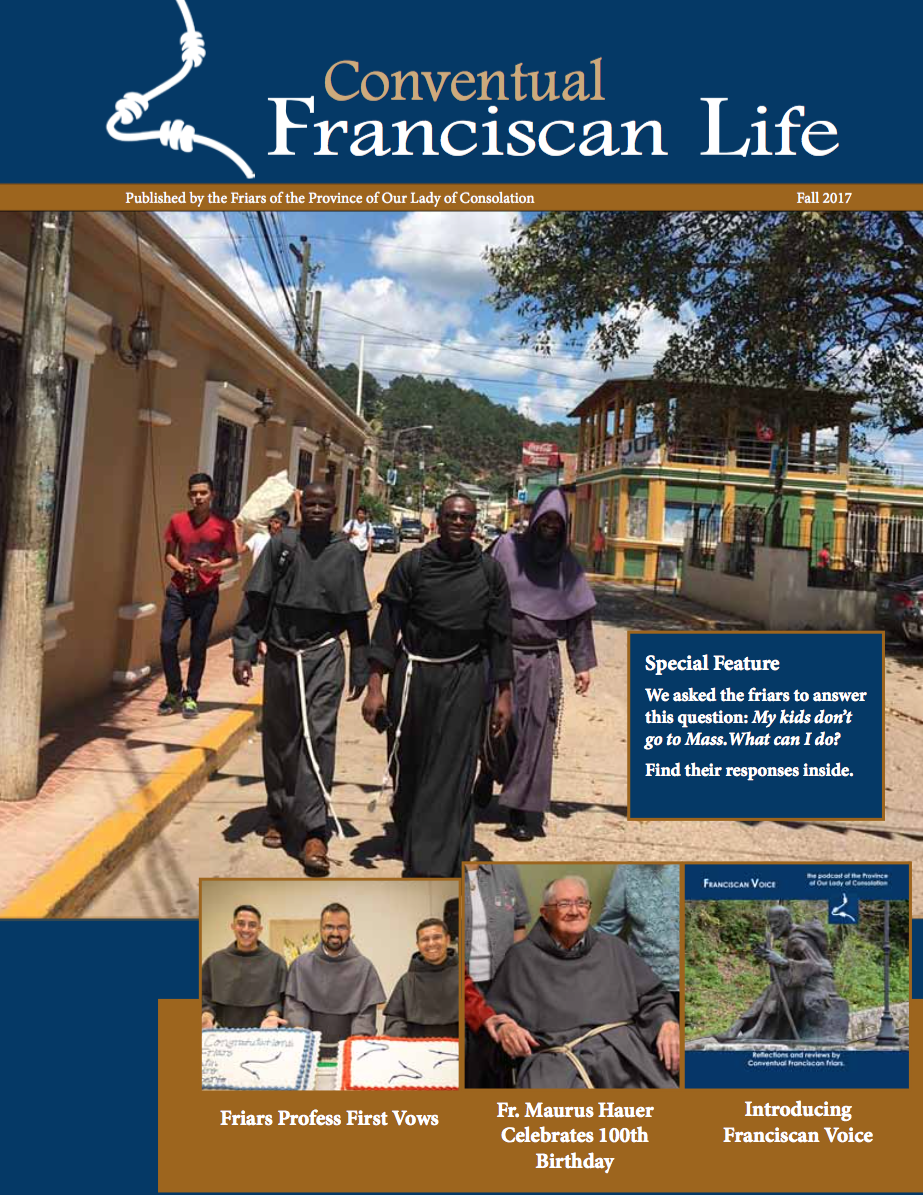 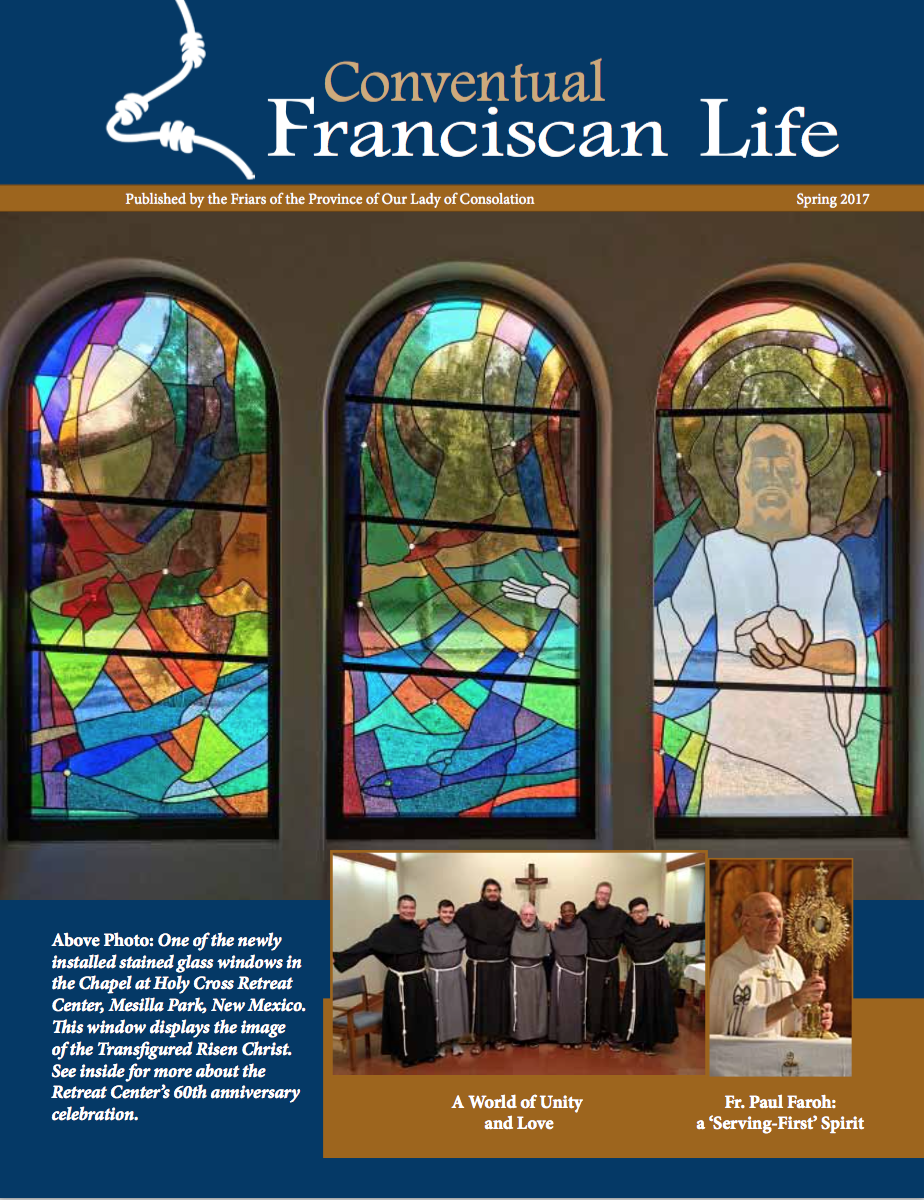 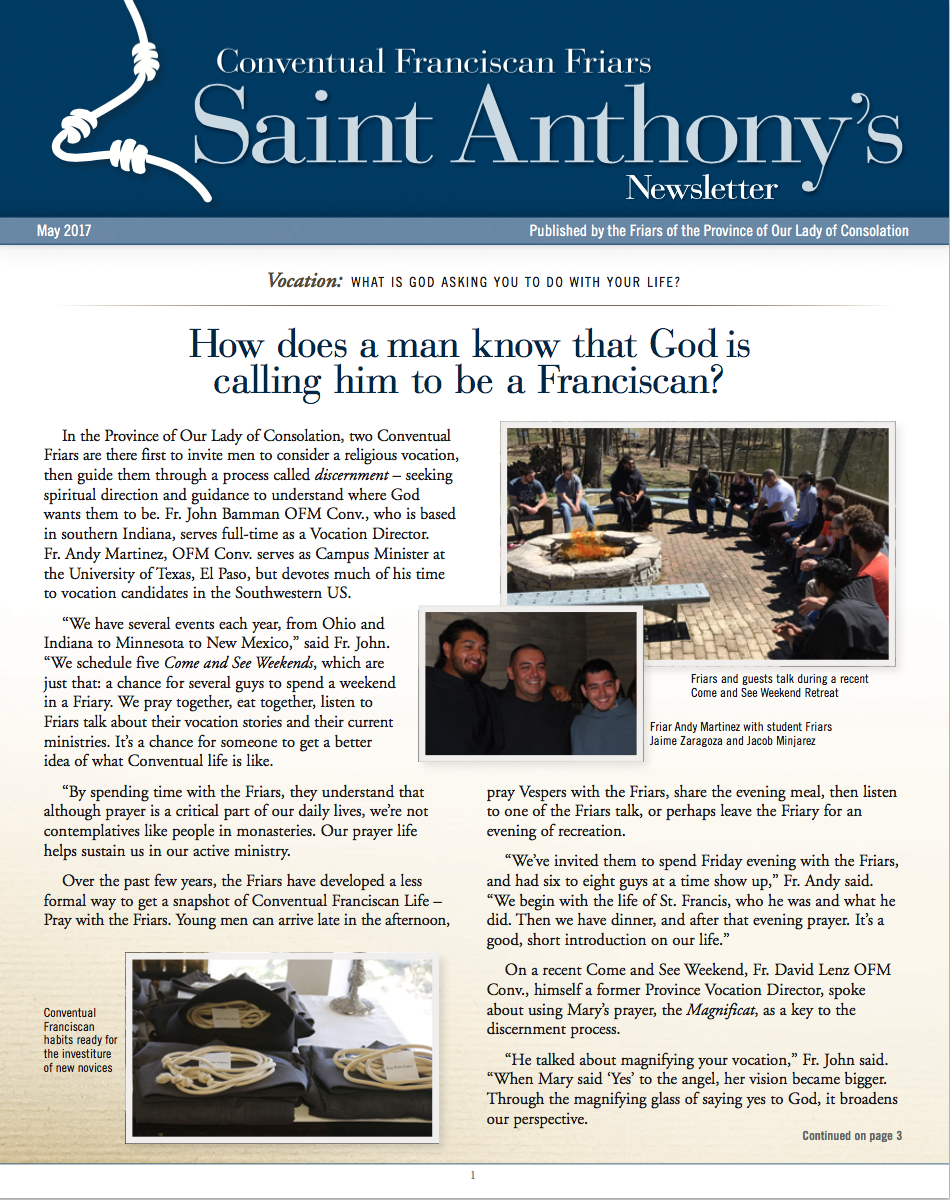 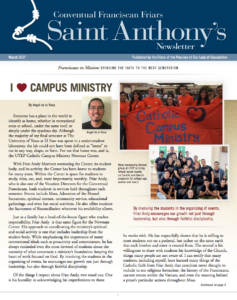 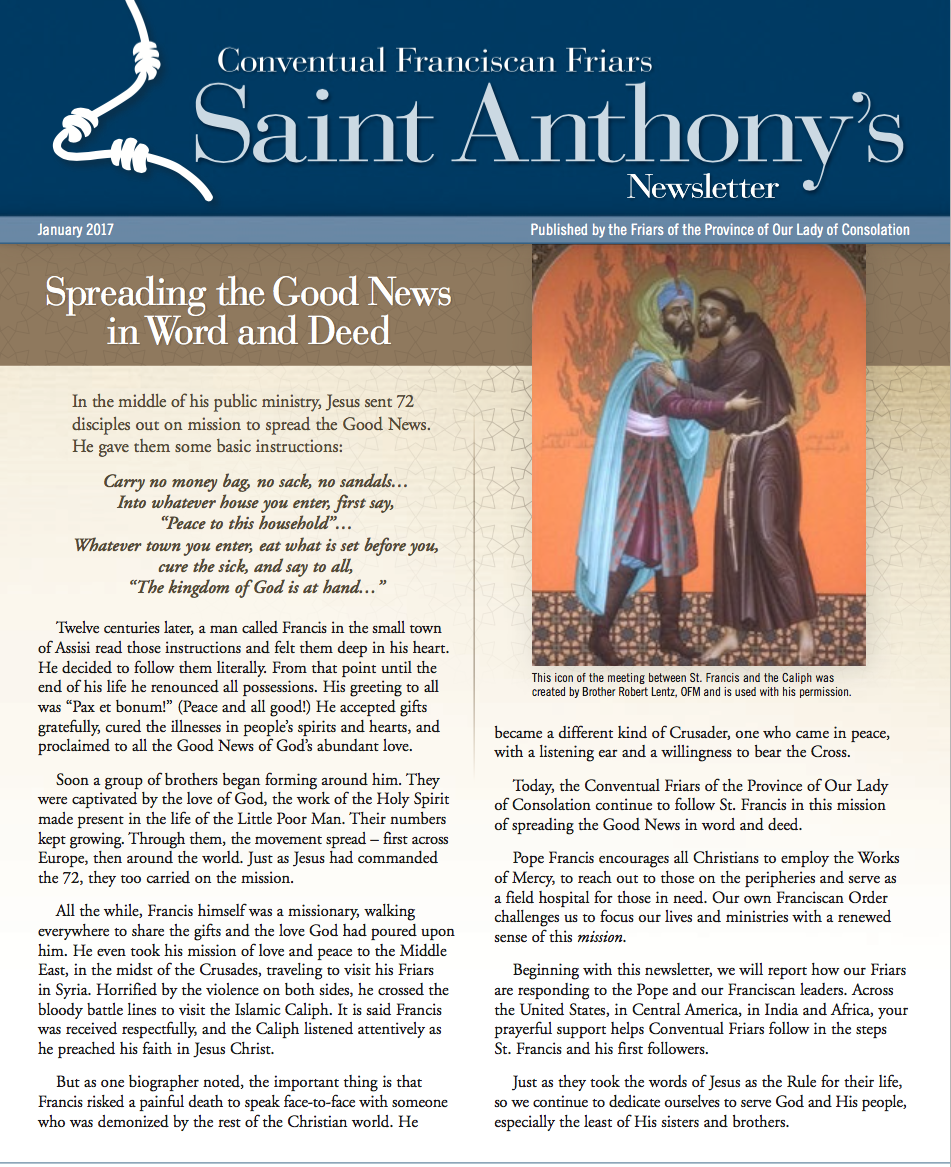 See more of the Symposium on "My children don't go to Mass. What can I do?" by clicking here.

Some Photos from the Stewardship Program at St. Anthony's in Clarksville, Indiana

Fr. Aloys Fish joined the order in 1885. He was ordained in Rome in 1894. After his ordination, he returned to America and began teaching at St. Francis College in Trenton, New Jersey, where he became deeply interested in prison reform work.

Fr. Fish served as a chaplain in the state prison system for 17 years and worked tirelessly for more humanitarian treatment of prisoners. Rather than simply incarcerating and ‘punishing’ a criminal, he wanted convicted criminals to have the opportunity to improve their lives. Fr. Fish advocated for improving living conditions within the prison as well as a parole system that would help people find employment upon release.

So successful were his activities along these lines that in 1896 he received the official appointment of Catholic moral instructor at the state prison at Trenton. In this capacity he continued to be a student of modern methods and problems of prison life and discipline and cooperated in the advancement of humanitarian and reformatory treatment of the confined criminal. His work was not only recognized in the state of NJ, where he was the author of a number of laws that remolded the present system of that state, but also in the country at large. As a member and officer of the American Prison Association and as president of the Penal Chaplains Association he stood in the front ranks of advocates of more enlightened methods in prison control.