The Social Justice Fund is supported by the Conventual Friars of Our Lady of Consolation Province, who give up a portion of their Friary budget to assist nonprofit groups working with poor and marginalized people across the country. Organizations apply for support through applications to the Province’s Commission on Peace, Justice, and the Safeguarding of Creation.

Among the ways these funds helped in 2013:

The Kino Teens from Lourdes Catholic School received a grant to assist in their work with the Kino Border Initiative, and also in the renovation of the Lourdes garden.

The teens constructed raised garden beds, attended a workshop on sustainable gardening, set up rainwater barrels around the school, set pipe to carry rainwater from the school to the tank in the garden, landscaped to control runoff, built steps to the garden, and created a shrine for St. Francis in the garden area.

For the Border Initiative, the teens served migrants at the Comedor (dining room). Four teens presented workshops about life on the US/Mexico border and migration issues at a Latino Summit conference in San Francisco. The Kino Teens advocated for immigration reform at many forums. They continue to raise money for future travel and presentations.

The grant was received to help the Center promote the defense of human dignity and truth-seeking in Ciudad Juárez. Unfortunately, in this city and elsewhere in Mexico basic human rights are often disregarded. The Center seeks to change the common practice of the Mexican government of not respecting human rights in the arrest and detention of persons, and to mobilize pressure on government officials to include within the judicial process internationally recognized standards such as the Istanbul Protocol.

The Center provides psychological support to victims and their families, as well as legal defense for the violation of their human rights. They also present workshops focusing on the rights of citizens, strengthening them in their efforts to work toward a Mexico that respects human rights, in particular by seeking justice for loved ones who have been tortured. Most torture victims remain in prison awaiting trial based on forced confessions obtained through torture. 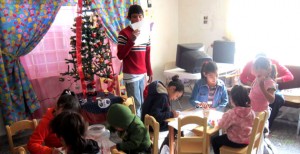 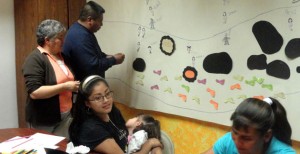 For more information about the Commission and the Social Justice Fund, click here.