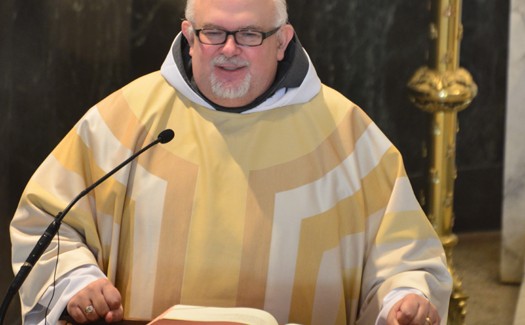 Aside from the Hardy Boys and Brains Benton, I remember the first real novel I read. It was a book about Merlin by Mary Stewart called The Crystal Cave. For an eight year old boy, this was a huge book, that wasn’t dumbed down, that was written for an adult audience (I’ve since re-read it and its two sequels many times). It was wonderful and took me to places that I never thought existed, with people of legend.

After that, I started reading almost anything I could put my hands on. Tom Sawyer, Huck Finn, Treasure Island, The Invisible Man, 20,000 Leagues Under the Sea, The Time Machine, Conan, Tarzan, and the list goes on and on and on. To this day I’m likely to read two or more books a week, pure fiction but pure fun.

The one thing that all of these had in common, and still do for me, is that these books opened up the possibilities of what could be. Edgar Rice Burroughs, Jules Verne, and Gene Roddenberry among others showed me the unknown, showed me what we could be and what we could do, and most importantly engaged us within those realities, many of which have come true. Each of these authors wrote about a hero who braved the unknown and walked through paths untaken; faced dangers, moments of laughter, moments of love, moments of wonder and magic; and ended up in a new place in life, a new life, or a champion of their worlds.

These authors saw what Joseph saw: that to stay in the past, to not embrace the unknown, to idealize the status quo, is not life giving, but is death. Joseph, although betrothed to Mary, was actually considered to have been legally married to her. Her transfer to his clan for living had not yet occurred, but she was considered, for practical purposes, already his property and wife. The dowry would have been exchanged, the promises given, the contracts done – she was his.

Then she has to admit to Joseph that she is pregnant and not only that she tells him that the Father is God, that she is carrying God’s son. You can imagine how that had to go over. And Joseph was faced with one of two possibilities: (1) Denounce her and have her put to death by stoning as prescribed by Judaic Law; or (2) To quietly divorce her, allow her to leave under the cover of night, and begin a new life, under a lie, that her husband was dead or some such thing. Joseph, being the upright and truly righteous man he was, chose the latter. He chose to let her go.

But then a messenger of God came to Joseph and gave him another choice: to either fall back on the status quo and deny the mystery of God; or to enter into the greatest unknown, to put his trust in God, to open his heart fully to that miracle of God’s grace, and walk through the door of adventure, the door of change, and the door of wisdom, to enter that which was unknown and universe-changing, to take the first step on events that forever changed reality.

I imagine Joseph thought about it for a while, realized that the world he grew up in and the reality he knew wasn’t as it should be. That to not choose the unknown would be stagnating and not productively prophetic. So Joseph, like all great heroes of legend, stepped through that door of the unknown, afraid, unsure, terrified if the truth were known, but he began a journey that would bring us Jesus.

You know, I’ve heard many theories of Advent, and they are all true: a time of preparation, a time of making things straight for the King, and a time of anticipation. And I would suggest that it is also a time of fear for us, a time when we have to face the fact that we as a people and as individuals have never been ready for the coming of Christ, and that sometimes we have chosen to stay in the stagnation of the tried and true in our lives instead of embracing the newness and adventure of Christ.

I would suggest that Advent is a time of challenge, where we have to face where we are, and look into the void of where we are called to be. It is a time to examine where we put our trust: is it in the Father, Son, and Holy Spirit, or is it in ourselves and what we know, and where we want to stay? Do we want to simply live out our lives in the humdrum, or take a step into the unknown adventure Jesus calls us to? Do we ignore the changes around us, or do we, with our God, MAKE the changes around us? Do we truly become the heroes in our God-written story, or do we choose to remain a backdrop? Only we can make that choice.

Joseph chose the better part. Joseph chose to leave behind the old, the tried and true, and walk in God’s light, not his own light. Joseph became the foster father of Jesus, and in so doing not only loved him as his God, but loved him also as his own son. Joseph provided the home for the ultimate change in this world. Joseph provided a home for peace, justice, divine love, and divine sacrifice. Joseph entered the unknown. And look what it gave us.

So my question: do we want to live in the past, to continue to live under the rule of “the way its always been?” Or do we want to walk through that doorway? To embrace the adventure? To trust God and His plan for this world? Are we willing to become the loving, just, and righteous heroes of the story God wants of us? Click to read more Because it is only in doing so that we will sail under the seas, fly through time, defeat the dark lord, bring home the treasure, explore the caves with Injun Joe, and embrace the love, which is the true magic of the season.