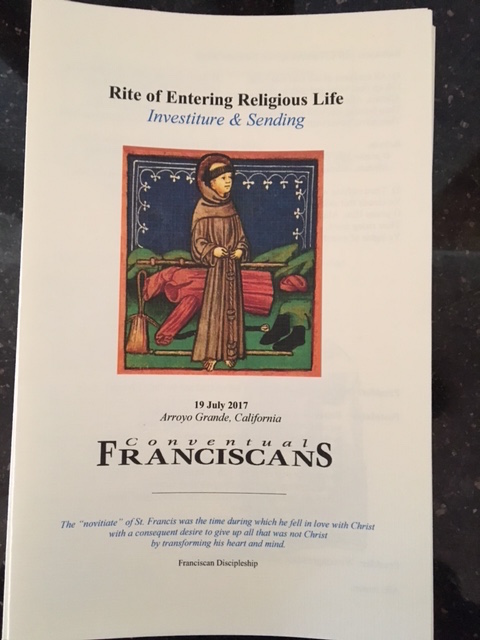 Three of the Novices, Brandon Greene, Bobby Mahas, and Louis Lugo, are members of the Province of Our Lady of Consolation.

During the Novitiate year the men will live in community, study Franciscan history and the Franciscan way of life, and, after a year of discernment, decide whether they will take their Simple (or first) Vows as Franciscan Friars. 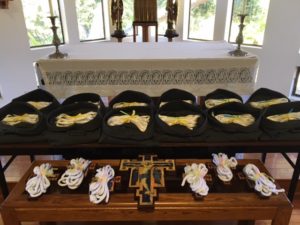 As these young men move to the Novitiate the Province welcomes their new postulant, Dan Hurst. Postulancy lasts one year and is an opportunity to experience what it is like to be part of the Conventual Franciscan community.

Please keep these men in your prayers as they take their first steps as followers of St. Francis of Assisi.