Scroll down this page to find out about Friars Bryan Hajovsky, Tom Smith, Mark Weaver, Pius Poff, and Regis Schlagheck. 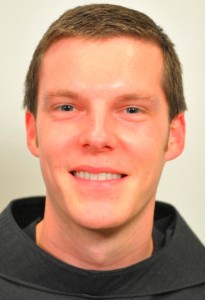 Friar Bryan professed his Solemn Vows on August 22, 2014, at the Basilica and National Shrine of Our Lady of Consolation in Carey, Ohio. He is continuing to minister at the Basilica and Shrine, teaching Spanish in the parish school and ministering to pilgrims who travel to the Shrine. Friar Bryan also received the sacrament of orders to the transitional diaconate in 2014. He says, "The personal struggle I have is that I always want to move ahead of Grace. When I move into a new area or new ministries, I tend to have a sense of inadequacy and want to hang on to the things I'm comfortable with. But it is in embracing the new challenges and relying on the support of the Friars with me that I am able to receive God's love and guidance." 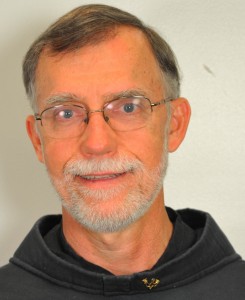 Fr. Tom became the director of Holy Cross Retreat Center in Mesilla Park, New Mexico, in July of 2010.  He spent the previous 10 years working in ministry to Spanish-speaking people in Louisville, Kentucky and Southern Indiana, among other responsibilities. Although he had visited the Friars’ various ministries and parishes in the Southwestern United States several times over the years, this is his first assignment there.

The retreat center hosts more than 4,000 people a year who take part in a variety of programs, ranging from Adoration, Community, Theology, and Service Retreats (called ACTS), to Engaged Encounters, and regular retreat programs for high school students, priests, and deacons. Holy Cross also offers private retreats, days of prayer, and evening programs both on site and throughout the region. 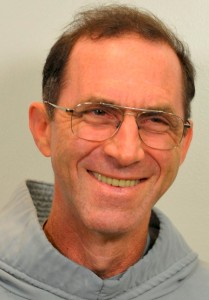 Friar Mark is pastor of St. Joseph University Parish in Terre Haute, Indiana. This comes after five years of pastoral work in Northeastern Indiana, where he devoted a great deal of his time ministering to the Hispanic community. Before that he spent 25 years in Central America, serving in Honduras and El Salvador. There he worked in a variety of pastoral ministries and in the formation of future Franciscans.

Besides the huge need for evangelization and the corporal works of mercy, Friar Mark's work in Central America gave him a deeper appreciation of the working of the Holy Spirit. “The people are so spontaneous,” he said. “They just get the inspiration to do something, and overnight they will take off with it.”

After returning to the U.S. in 2004 he continued working with Hispanics, now mostly Mexicans, along with “Anglos.” He continues to work with the Hispanic community, although there is a smaller presence in the Terre Haute area with only 45 or 50 people attending the Spanish-language Mass. 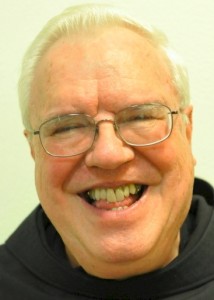 “My first assignment was in Broken Bow, Nebraska,” Fr. Pius Poff said. “It was a beautiful place. But I’ve been all over the country.” Now Fr. Pius serves as pastor of St. Mary's in Navilleton. Among his other assignments, Fr. Pius served as rector and pastor of the Shrine of Our Lady of Consolation in Carey, Ohio, from 1991 to 1997. “I was there for two terms and loved it,” he said. “During my time we re-did the outdoor altar at Shrine Park, and put in a lot of walkways. I loved the people, the people at the parish and those who came on pilgrimage. I still hear from a lot of them.”

After the Shrine, Fr. Pius spent six months at the University of Notre Dame in intensive theological studies. “There were 42 people in the class – priests and men and women religious. They came from all over the world. It was a great experience. I enjoyed the learning, and the opportunity to meet all those people.”

That experience enriches the people in his parishes, as you can tell from what’s going on at St. Mary’s. “I love it here,” he said. “We have about 1,200 souls so I do a lot of pastoral work – baptisms, marriages. We have more than 100 people in faith formation classes every Sunday between Masses. It’s a very special place.

“But that’s been my experience everywhere I’ve gone. I’ve been blessed to know a lot of good people.”
Friar Regis Schlagheck, OFM Conv. 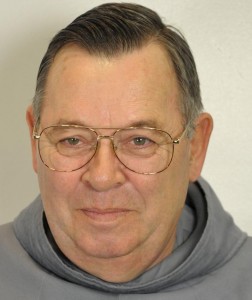 Among his other assignments, Friar Regis spent 15 years as a missionary priest in Zambia. Now he is working once again as Province treasurer at Mount St. Francis, Indiana. Ordained in 1966, he worked in Clarksville, Indiana, until leaving for Africa in 1970. When he returned he served as Province treasurer and worked in the formation of new friars until 1990 when he moved to Bloomington, Minnesota, and served at St. Bonaventure Parish. He then was rector and pastor of the Shrine of Our Lady of Consolation in Carey, Ohio for five years before moving back to Clarksville to work at St. Anthony Parish until 2010.“I loved being at Carey and being with all the people, but it was non-stop,” he said. “From November through March it was all parish. Then from March through November it was all pilgrimage."