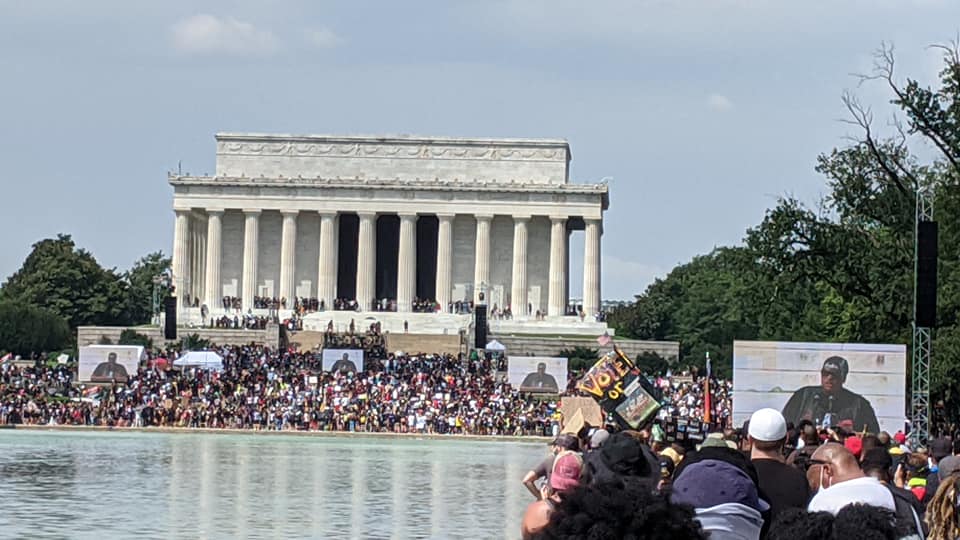 Pope Francis quotes St. Anthony in his exhortation to us to “see the Lord!” And certainly, recognizing Christ in the other, especially the stranger, is a cornerstone of what it means to be Christian. But there is a difference in simply physically seeing Christ, and seeing Christ as the young Augustinian canon Anthony did. On the road to Calvary, countless people saw Jesus with their eyes, but only a few truly saw Jesus, walked with Him to the Cross. The young St. Anthony saw those other young friars ready to give themselves to witness to the Cross, and he didn’t just wish them well, he followed!

I think this is how we are also called today to see Christ in this world torn by war, pandemic, economic and ecological disaster, and the long-standing racism that often results in anger and violence. As Peter stepping out into the storm, we Franciscans are called to enter into that pain. We don’t just see Christ in George Floyd and Breonna Taylor and all the others, we follow them all the way to the Cross. This is difficult and often doesn’t end up where we think it will. Anthony was headed to Morocco and ended up in Sicily. But the point is, he saw Christ, got up and followed!

So now what? In my own little, insignificant way, I’ve tried to lend my voice to those crying for justice in our country. I’ve attended a bunch of marches and a few webinars and got the t-shirt for “Black Lives Matter.” And now we’re in that strange place where the street protests are dying down (until the next senseless death,) and we’re trying to make real change. How should just community protection and crime prevention look? What is the role of the police? How do we move those in positions of power, to relinquish that power to permit those who have been oppressed to have their fair shot?

It’s easy to now just downshift to my usual lethargy. The students will be returning; we’ve got some renovations going on; I’ve got homilies, presentations, and these little articles to write. But Christ is still out there, getting shot, losing His job, fleeing persecution and violence, being forced aside by politicians who won’t need Him after the election. I wonder if I will still really see Him?

“Healing in His Wings”

“A book without end”